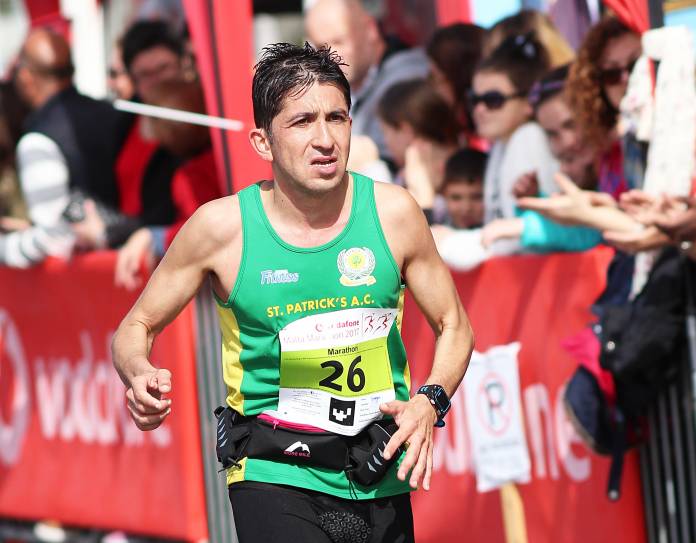 Malta Paralympic Committee (MPC) Vice-President and active athlete George Vella has been finally recognised by the Malta Amateur Athletics Association (MAAA) as having established an indoor national record for the 800m in 2004, a record which remained unbroken for 16 years.

A younger George Vella, who was one of the most prominent 800m athletes in those times ventured to Sofia, Bulgaria to compete in European Deaf Indoors Championships in 2004. Back then not many Maltese athletes heard of indoor athletic events, let alone competed. Any athlete will tell you that running indoors is a totally different experience to that of outdoors. Still, the brave Vella put on an excellent performance on his first journey out and ran a time national record best of 2 minutes and 4.87 seconds.

This record stood for close to 16 years, after Benjamin Micallef broke it earlier this year.

Since then Vella has gone on to represent Malta in several other deaf events, yet his athletic career sees him tackling the longer distances. Now also Vice-president of the Maltese Paralympic committee, Vella is carrying out administrative duties in the hope that future para-athletes never have to face the hardship of waiting 16 years for their results to be recognised.

Andy Grech, President of MAAA, noted that, “Unfortunately, George had to wait 16 years for his result to be recognised, but this situation is a thing of the past. We are very lucky to have an individual like George to guide us wherever and whenever local athletes and para athletes need help.”

Prof. Joseph Grima, President of MPC, said that the Maltese Paralympic community is truly honored to have a top athlete such as George Vella as one of its top-ranking officials. “George has shown, time and time again, his exceptional abilities as an outstanding athlete and as a true gentleman.

MPC also acknowledges the manner how, in recent weeks, MAAA, together with MPC, is developing Para Athletics. Both national entities will endeavor to continue working together to support Malta’s para athletes in their quest to train and compete at the highest levels.”

This content was supplied by the Malta Paralympic Committee

President calls for increased awareness of impact of development