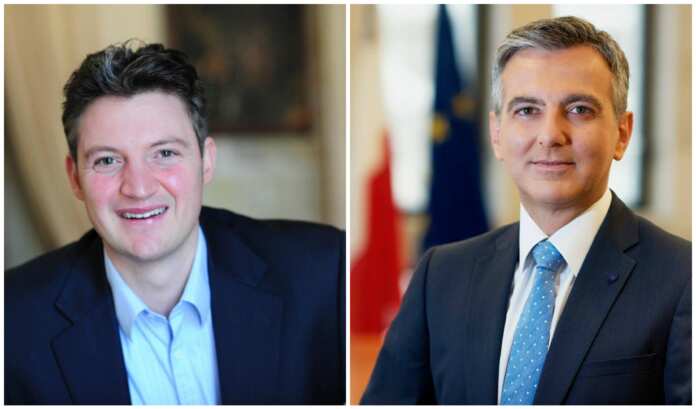 Tourism Minister Konrad Mizzi asked the Court to declare that there are, or there can be, a breach of his fundamental rights to a fair trial during the Panama Papers case. This because of former PN leader Simon Busuttil being involved in the proceedings. He also took issue with what he described as Busuttil’s “forum shipping”.

In an application submitted by his lawyers in the First Hall of the Civil Court, Mizzi said that the request for Judge Antonio Mizzi’s recusal by Busuttil was “a clear attempt at forum shipping” and acts which lengthen Criminal proceedings. According to Mizzi, after the recusal was rejected, Busuttil declared that he was going to take the case up to the European Courts of Justice, and to the European Court of Human Rights. In the words of Mizzi’s lawyers, it is clear that Busuttil wanted to sideline the Courts.

Mizzi also lamented Busuttil’s request for Court sittings to be made open to the public, and his speaking to the media after every sitting. He said, “Busuttil reached his target to use legitimate procedures to obscure the integrity of the exponents.” According to Mizzi, lengthening the cases was another of the former leader’s targets.

The Minister’s lawyers also said that the people being subjected to proceedings should have all information which could be used against him at his disposition. Mizzi requested that the procedures taken until today by Simon Busuttil and MEP David Casa by declared null and void.

Earlier in December, parties involved in the Panama Papers case were given four days to make their final written submissions.

Judge Giovanni Grixti took over the appeal case after Judge Antonio Mizzi retired. The final decision on the case shall be taken by Grixti, who also decided on the four day submission deadline.

Judge Antonio Mizzi had started hearing the case. He is Labour MEP Marlene Mizzi’s husband, so Simon Busuttil asked him to recuse himself but the Judge did not accept. Following his refusal, Dr Busuttil then argued with the court that his right to a fair trial was breached.

Although the First Court had agreed with Dr Busuttil, the decision was then revised by the Constitutional Court. In November, Judge Antonio Mizzi subsequently postponed the next hearing to December, after his retirement.

Watch: ‘I didn’t go to EP to badmouth Malta’

Watch: Tourism Minister does not reply whether he was questioned by Police