While Israel is being praised for the fast rollout of anti-Covid vaccinations, with over 12% of the population already receiving the jab. The Palestinians in the occupied territories of West Bank and Gaza can only watch and wait. 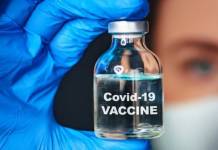 Israel began vaccinations on 19 December and is delivering jabs to about 150,000 people a day. Priority is being given to the over-60s, health workers and people who are clinically vulnerable.

According to Our World in Data, Israel has already vaccinated one million people.

Ali Abed Rabbo, director-general of the Palestinian health ministry, estimated the first vaccines would probably arrive in February. The vaccine will be the 20% pledged by the World Health Organisation-led partnership Covax. 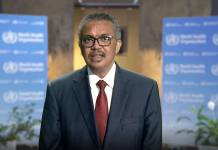 Gerald Rockenschaub, the head of WHO Jerusalem, said it could be “early to mid-2021” before vaccines on the Covax scheme were available for distribution in the Palestinian territories.

The rest of the doses are expected to come through deals with pharmaceutical companies, but none have apparently been signed so far by the cash strapped Palestinian authority.