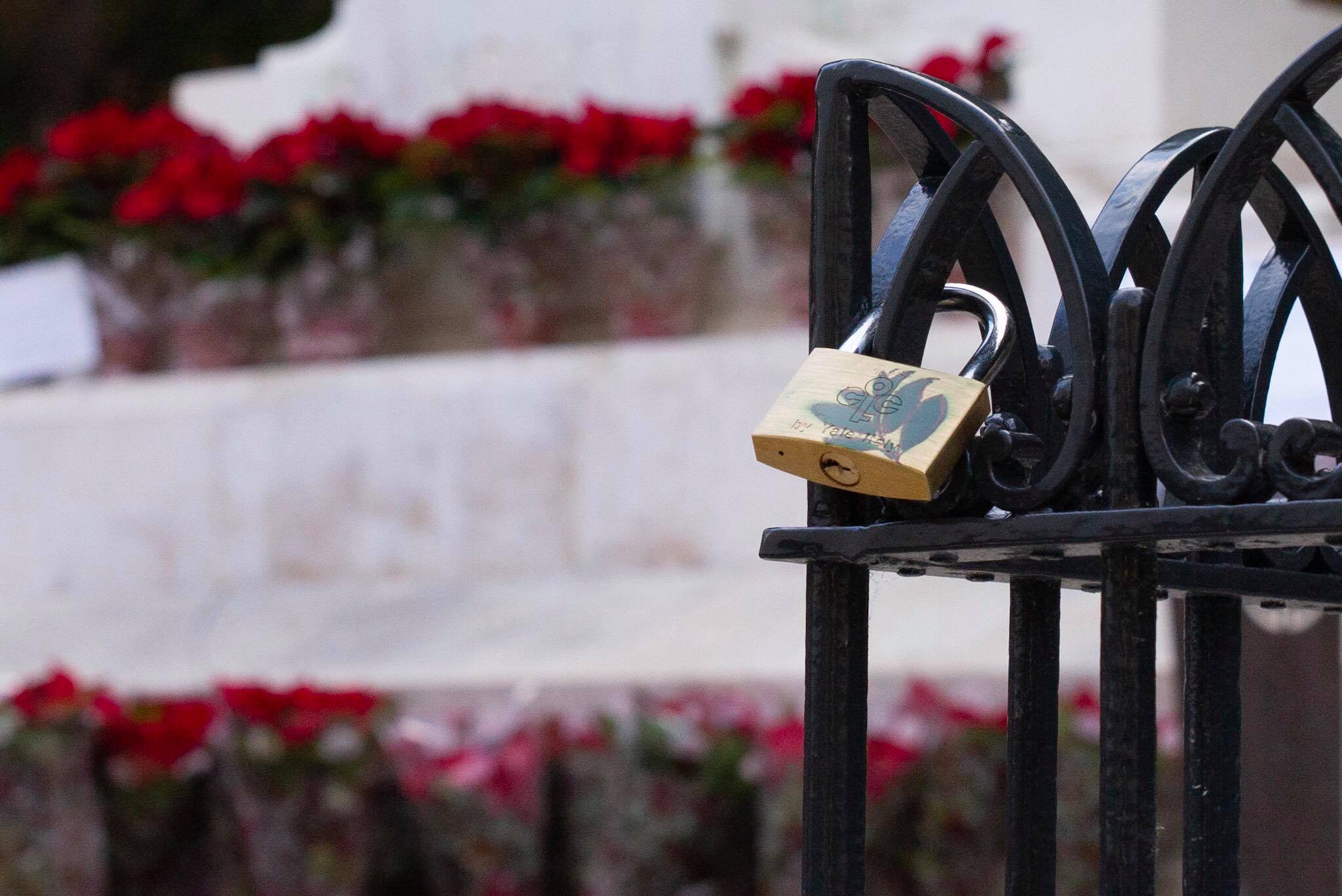 Local pressure group il-Kenniesa have hung a number of padlocks around the railing near the Great Siege monument calling for truth and justice. The activists said in a statement that the padlocks or love locks as they are internationally known, marked with images of bay leaves were a more permanent form of protest.

In a statement il-Kenniesa said that they have placed 40 poinsettias as well as the padlocks, fully knowing that there are people who even during the festive season will try and remove the flowers. The group decried the attempts of trying to erase the assassination of the journalist from the collective memory.

The group urged the Prime Minister Joseph Muscat to ensure that people’s right are safeguarded in accordance with international and Maltese law. The site has become a political battleground especially after the “urgent restoration works” were completed and the hoarding was removed. Il-Kenniesa said that they were appalled at how the Government has allowed the situation at the memorial to degenerate referring to the harassment the activists have endured and the constant removal of the symbols of protest, posters, candles and flowers. The activists stated that their response to the removal of flowers from peaceful protests would result in more padlocks of truth and justice.

The Great Siege Monument has been used for its location by various activists demanding justice for slain journalist Daphne Caruana Galizia since October 2017 and is also the location where activists meet every 16th of the month demanding justice. The use of the space is now matter of an ongoing Constitutional court case between journalist Manuel Delia against Cultural Minister Owen Bonnici. The protest site has been destroyed over 200 times with the activists from Occupy Justice returning every morning to replace the flowers.