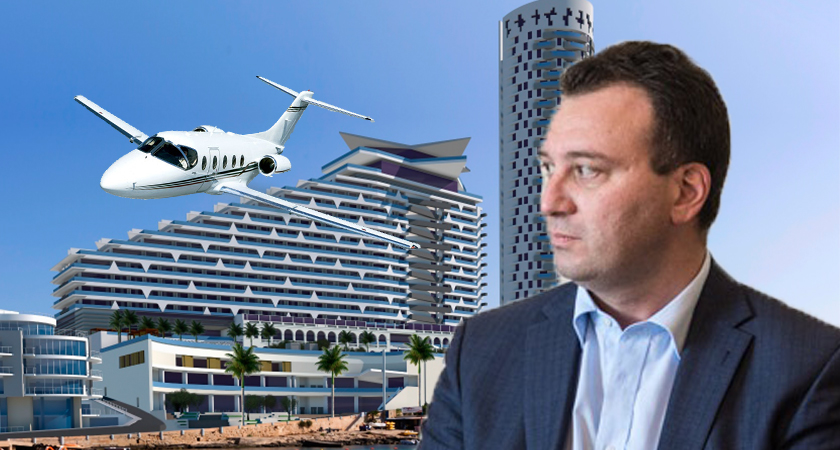 Planning Authority CEO Johann Buttigieg never answered questions sent by Newsbook.com.mt about the private jet which he decided to rent to have Ms Jacquiline Gili, a member of the board who voted in favour of the controversial db group development in Pembroke, present at the meeting last week. Newsbook.com.mt can also confirm that Gili had long ago made it clear that she wouldn’t be able to attend the meeting, and also asks whether the published bank transfer shows the full amount spent.

Among other questions, this newsroom asked why Buttigieg decided to spend €8,750 of taxpayers’ money when a cheaper €200 option could have still got Gili to the meeting on time.

Newsbook.com.mt had exclusively reported that Gili was brought to Malta in a private jet from Catania the day of the meeting, and was ferried back the same way shortly after it was finished. This was the first time that a board member has ever been valeted to a vote via private jet. It was also exclusively reported that there were scheduled Air Malta flights on the day that could have accounted for her travels.

A Newsbook.com.mt journalist called the CEO a number of times last Wednesday, but never managed to make contact with Buttigieg because they kept getting hung up on. This newsroom then sent questions to the Planning Authority on Friday, as well as subsequent reminders, but to no avail.

Gili had given notice of her absence

In an interview with the Times of Malta published on Friday, Buttigieg said that he knew that Gili and another board member were not going to attend only two days before the meeting. The other person was said to have accepted to attend, despite having medical reasons for missing the meeting. Although Newsbook.com.mt knows this man’s identity, it was decided not to name him. This newsroom can also confirm that this man too voted in favour of the development.

While Buttigieg said that he found out that Gili wasn’t going to attend only two days before the meeting, Newsbook.com.mt can confirm that Gili had informed the PA of her absence days before. Thus, this newsroom questions whether the CEO knew of her absence and kept the information to himself, and if so, why?

On Wednesday 26th September, the day after Newsbook.com.mt had unveiled the now infamous hiring of a business jet, the PA published a copy of a bank transfer acknowledgement to Lunajet in Switzerland for €8,750 for an invoice number 13307, however the invoice itself was never actually published. This newsroom has asked for a copy of the invoice itself to verify exactly what was paid.

The Government has publicly stated that it does not agree with the hiring of a business jet to get Gili to vote, but did not speak of any disciplinary measures to be taken.

The leader of the PN asked Minister Ian Borg to shoulder responsibility and iterated a need for a public enquiry. Dr Delia also said on the 28th September that he expects the government to better address public outcry about the case.

The Interdiocesan Environment Commission said that the PA ignored thousands of objections from residents and the surrounding community when the controversial project was approved in Pembroke.

Amy Borg   April 9, 2020
At 12:30h, Prof. Charmaine Gauci will address the daily briefing on the current situation of the COVID-19 pandemic in Malta.

Jesmond Saliba   April 9, 2020
"Human rights must be at the centre of the response to the COVID-19 pandemic ... no one should be left behind in this global fight." - UN Experts

PN’s Mario de Marco said that this is a time of...