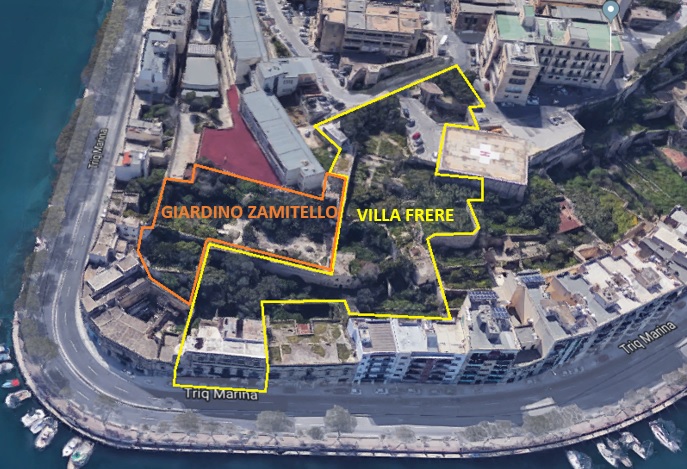 On Thursday, the Planning Authority board refused the application of a 10- storey hotel proposed next to Villa Frere in Pietà.

The NGO had made an appeal to the President of Malta, George Vella, to Prime Minister Robert Abela, to the Minister responsible for the Environment Aaron Farrugia and to the Minister for the National Heritage, Jose Herrera.

The NGO had also started a petition, collecting signatures of those against this development. A total of 1,400 signatures were collected and there were around 350 objections to the proposed development.

In a statement, the Planning Authority explained that the Board cited that the proposed development will negatively impact the sensitive historical buildings in the vicinity of the site most prominently the scheduled Villa Frere and its gardens and St.Luke’s Hospital. The Board also noted that the scale, volume and massing of the hotel building will dominate the environs and compromise the historical residential townscape of Pieta.

The hotel was proposed to be built instead of a cluster of houses located along Triq ix-Xatt in Pieta, facing the historic bastions of Floriana. One of the houses is scheduled as a Grade 2 building, while one of the other houses leads onto Giardino Zammitello which is a large historical garden and is part of the proposed site.

The PA said that following consultations with various entities, the application got revised to include the restoration and preserve Giardino Zammitello, which garden is divided into 2 sections; the Giardino chiuso and the larger garden area.

The proposed development was to include 149 bedrooms, ancillary areas, an underground multi-level car park, offices, a restaurant, a business centre, a spa and gym and an outdoor pool.

On twitter Minister Jose Herrera said that he is pleased to be informed that the proposed development has been unanimously refused.

Villa Frere was a property of John Hookham Frere who was a friend of Mikiel Anton Vassalli also known as ‘the father of the Maltese language’, who used to visit Villa Frere. In 2019 Heritage Malta acquired part of Villa Frere which saw the status of the Villa turned into a National Heritage Monument.