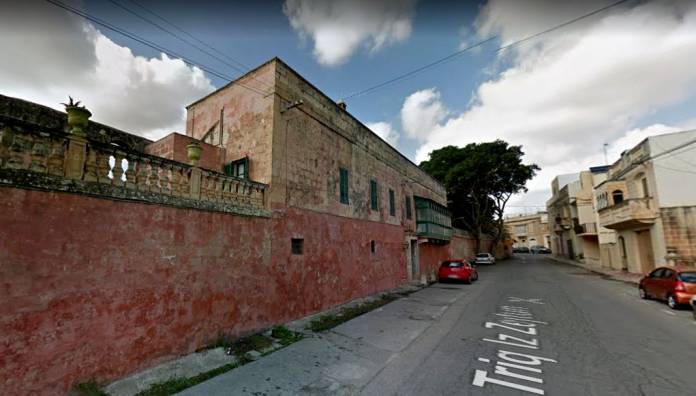 The Grade 1 scheduled building of Villa Barbaro in Tarxien, which is one of Malta’s oldest standing country houses has been given further protection after the Planning Authority in collaboration with the Superintendent of Cultural Heritage, extended the buffer zone to include a stretch of properties along Triq iż-Żejtun but opposite the Villa.

This was announced on Tuesday in a statement issued by the Planning Authority, PA, in which it was explained that although in 2009, Villa Barbaro together with its gardens, stables, private alley, boundary wall and a buffer zone where given protect status, the PA feel that the buffer zone needed to be further extended to safeguard this unique property from any potential visual impact that may result from future development along Triq iż-Żejtun.

The built villa was originally scheduled by the Planning Authority back in 1996 for its historical, architectural and aesthetic value. In 2009, the scheduled area was enlarged to include the gardens and a buffer zone.

Martin Saliba, Chairperson of the PA’s Executive Council pointed out that “each scheduled property is located within a spatial context with which it relates to in different aspects. The setting is, therefore, an essential part of the property and how it is experienced. The extended buffer zone seeks to safeguard the Villa’ s spatial context.”

Villa Barbaro and its extensive gardens were built in the 16th century by the Barbaro family. Conspicuous by its traditional red-washed facade, the villa has a simple but uncommon convex protruding main doorway crowned by the coat-of-arms of the Barbaro family.

The facade at first floor is mainly characterised by a large traditional closed timber balcony of uncommon characteristics. The lower panelled area of the balcony consists mainly of glass panes while the design of the ‘gwarnicun’ has a decorative extension that almost covers the ‘kwartelli’.

Another uncommon characteristic of this villa is the two-storey high pavilion that occupies most of the terrace at first-floor level.

According to the Planning Authority, the property has considerable stylistic similarities with other country houses in Malta that also have significant architectural and historical importance, such as the Inquisitor’s Palace in Girgenti and Palazzo Gomerino in Rabat.