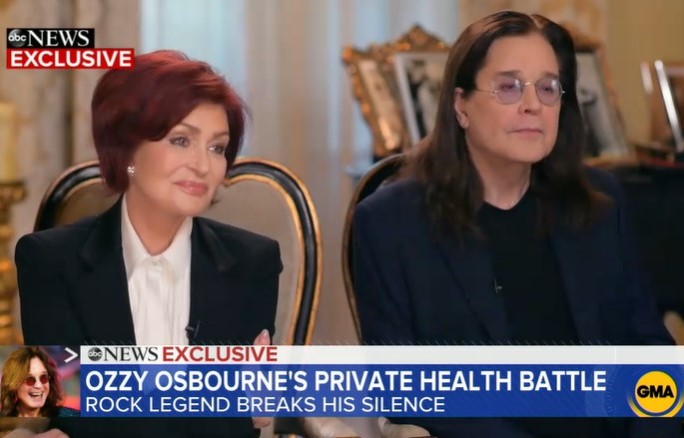 In an interview on ABC’s ‘Good Morning America’ on Tuesday 21st January 2020, Ozzy Osbourne and his wife Sharon announced that he was diagnosed with Parkin’s II, which is a form of Parkinson’s disease in February 2019.

During the programme, Sharon said about the disease, “It’s like you have a good day, a good day, and then a really bad day”, with Ozzy adding, “A year ago next month, I was in a shocking state… I’m no good with secrets, I cannot run around with it anymore.”

Osbourne said that he was determined to get back on the road, saying performing is now his ‘drug’, while Sharon joked that he needed to get out of the house because he was driving her mad.

Osbourne gained fame in the 1970s as the lead singer of Black Sabbath. After he was fired from the band in 1979, he became successful on his own steam. He has has reunited with Black Sabbath on several occasions.