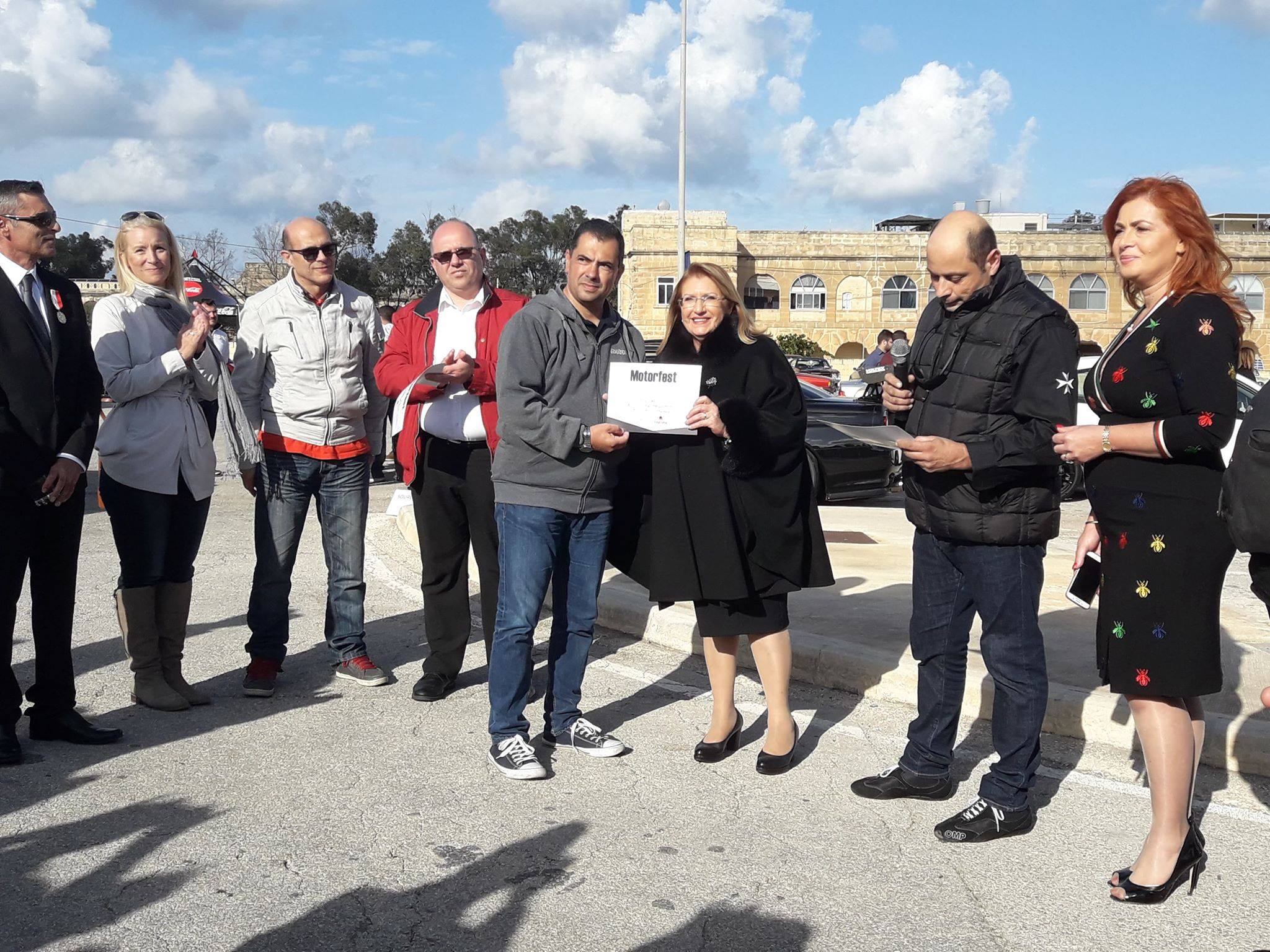 Motorfest in aid of Istrina was organised on Thursday 13 December, by Ms. Susanne Fenech and Mr Gilbert Abela together with a team of volunteers and by a large number of car and motorcycle clubs.

During this annual event gathering, € 7,000 were collected from the enthusiasts that attended and from other sponsors. Her Excellence Marie-Louise Coleiro Preca, President of Malta visited the event, thanked the organizers, all those who attended, and those who somehow supported this activity.