More than 80 drag racing cars, motorcycles and dragsters competed in the second round of the Enemed National Drag Racing Championship organised by the Malta Drag Racing Association at their raceway in Ħal Far between Friday 3rd and Sunday 5th May.

Most drivers who did not have accidents or damage to their vehicles improved their personal best time. 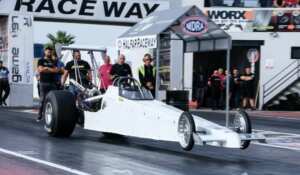 Among the many success stories, Chantelle Zammit did a 10.82-second run in her Escort MK1 Pinto powered car prepared by Mark Farrugia. Farrugia Renald on his Mitsubishi FTO broke a world record at 8.422 seconds at speeds of 177.33 miles per hour, a record for a Mitsubishi FTO without wheelie bar.

Matthew Carabott, a driver of Mr Whippy Racing team ran the quarter-mile strip in 5.84 seconds at a speed of 234 miles per hour. This round also served as training for the Mr Whippy racing team, as at the end of the month they will debut at Santa Pod Raceway in London. 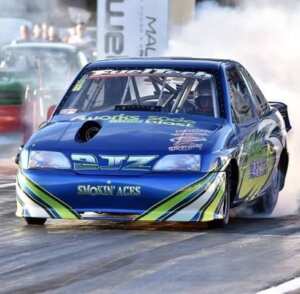 The next round – the 3rd round of the Enemed National Drag Racing Championship – will be held on the nights of the 11th, 12th and 13th July, at the Ħal Far Raceway.