Over 60 loggerhead turtle eggs have hatched at Ramla l-Ħamra overnight, in what has been the first turtle nest recorded in Gozo in the past 70 years.

Nature Trust Malta had been alerted to a turtle emerging from the sea to lay its eggs at the bay on 29 May, dispatching its volunteers within a short time to help keep watch over the nest. 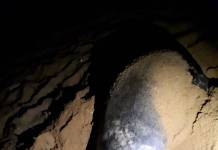 The Environment and Resources Authority subsequently intervened to help protest the nesting area, while NTM volunteers kept watch. To reduce disturbances, the government’s plans to sift the beach’s sand ahead of the summer have also been suspended. 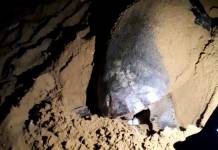 These efforts bore fruits as hatchlings started to emerge at 1.50am on Sunday. By NTM’s latest update, issued on 6.45am, 62 hatchlings had emerged.

Two other nests have been spotted in Malta this summer; one at Golden Bay and the other at Għadira.