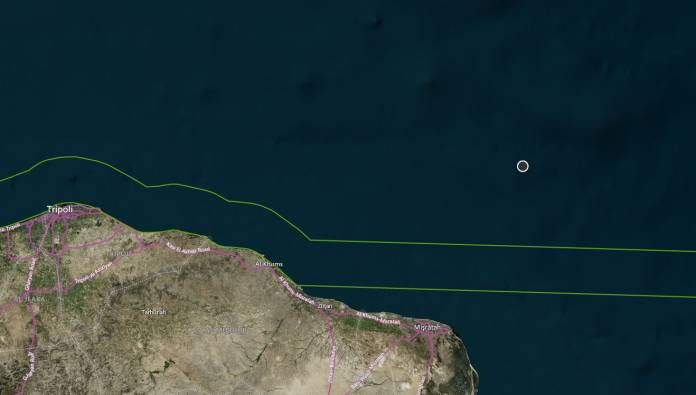 Over 50 asylum seekers are in distress in a capsized boat off the Libyan Coast, the rescue assistance phoneline AlarmPhone, has tweeted.

The tweet which was published at around 11.20AM local-time this morning,  that the 56 were at risk and no action had so far been taken.

They explain that they had been attempting to make contact with the Italian, Maltese and Libyan authorities but no rescue had been launched.

Subsequent tweets from AlarmPhone explained that the boat was starting to take on water and that the authorities were not intervening.

Newsbook.com.mt reached out to the Armed Forces of Malta to confirm if the Maltese authorities had been informed and if there would be a response.

AFM’s spokesperson confirmed with Newsbook.com.mt that the authorities had been informed but due to the incident taking place within the Libyan Search and Rescue Zone, the Maltese authorities would not be engaging.

AlarmPhone’s latest tweet four hours ago read, ‘At 13h the people on board said: “we heard about human rights, where are they? Please help us!” These actors are informed but have so far failed to engage: @EUNAVFORMED_OHQ @guardiacostiera, the French coastguards, the Maltese Armed Forces, and the so-called Libyan coastguards.’

The announcement comes coincidentally as the United Nations Refugee Agency UNHCR tells a group of asylum seekers also numbering over 50, that the rescuers were on their way.

This announcement was reported by Italian media.

Newsbook has attempted to reach out to UNHCR to clarify whether the statements over rescue are correct and if they correspond to the same group of asylum seekers in distress.