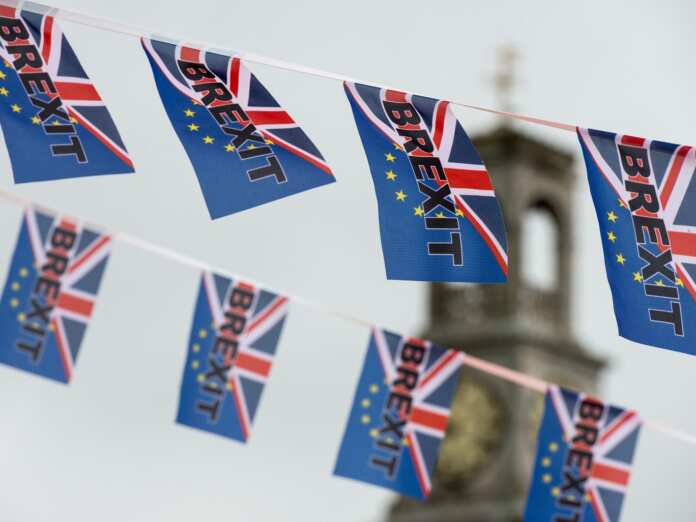 The Petition calling for the UK Parliament to debate the revoking of the Article 50 legislation and cancel Brexit, has become the most signed online petition ever presented to Parliament, officials of the Petitions Committee say.

While the petition had originally been started in late February, the petition has grown in popularity in the last week or so as the Prime Minister has struggled to get the support MPs to support her deal with the European Union.

The #RevokeArt50Petition breaks the 4 million barrier! So proud to be part of the #ScottishSix who created this opportunity. Lets get it to 5 million! #Brexit #PutitothePeople https://t.co/Ogiu3tru9b

By constituency, Bristol West, Hornsey, Brighton Green and Wood Green in London have the highest number of signatures.

This petition is closely followed by a previous call in 2016 for a second EU referendum if the vote to Leave or Remain in the EU was registered as less than 60%. This petition had gained over 4.15 million signatures.

The third place goes to a petition which was signed in order to stop the US President Donald Trump from making his official state visit to the UK. This had the support of 1.9 million people.

Contrasting the support of the petition to revoke Article 50, is a pro-Brexit petition which has called for the UK to exit the EU without a deal by the original Brexit date of March 2019.

‘We are wasting Billions of pounds of taxpayers money trying to negotiate in a short space of time. Leaving the EU in March 2019 will allow the UK good time to negotiate more efficiently. The EU will be more eager to accept a deal on our terms having lost a major partner.’ This had received around 460,000 signatures as of today.

There have been some conspiracies surrounding the popularity of the petition with some suggesting that there could be being ‘hijacked by bots’ when it was found that a number of the signatures were from entities outside of the UK.

The Petitions Committee had responded this claim saying that they could confirm that 96% of those signing the petition were indeed registered in the UK.

In an explanation of the situation, they said that signatures from UK citizens overseas were still valid.

The Revoke Article 50 petition which is calling out to cancel Brexit, is set to break the record for most popular petition to date on Saturday as it has just surpassed the 4.1 million mark.

The petition is stating “The government repeatedly claims exiting the EU is the will of the people. We need to put a stop to this claim by proving the strength of public support now for remaining in the EU. A people’s vote may not happen, so vote now.”

Since last Wednesday, the UK Government and Parliament petitions webpage needed to be restored a number of times due to the high influx of people using the site.

Revoke Article 50 began trending on Twitter soon after the UK Prime Minister, Theresa May’s speech on Wednesday. Over 600,000 signed the petition by Thursday morning with number continuously increasing reaching over 4,000,000 signatures on Saturday morning. It is now very likely that it will take over from the 2016 petition calling for a second referendum should the winning vote and turnout not meet a certain threshold which is still the most popular petition to date with 4.2 million signatures.

Celebrities and personalities declare their support

Various celebrities and personalities ranging from politics, to academia and show business called on their followers to support the petition.

An issue as big and important as Brexit should not come down to petitions – that said, if you are frustrated that the PM is just not listening, you can sign here. https://t.co/XpZGrFBfhg

I’ve signed this petition to revoke A50 and deal with the consequences afterwards – referendum, election, whatever. I have no idea whether these things do any good but after May’s astonishingly irresponsible speech this evening I’ll give anything a go. https://t.co/1XuQW3vuve

This is my interview with Adam Boulton in its correct orientation (thank you my invisible friends for helping with this!).

Meanwhile, Fabian Picardo, Gibraltar’s Chief minister believes that The UK and Gibraltar specifically are better off in the EU and that the Brexit referendum results is a product of people being mislead.

He also said that Gibraltar has accepted the referendum results and is ready for any outcome. Picardo also said that history will show the good work done by Theresa May’s team who have produced “a withdrawal agreement that at least protects us with a transitional period.”