An illegal rave in France ends up in a riot with Police. More than 2,500 people attended the event held in a warehouse at Lieuron near Rennes in Brittany. The party breached the 8 pm to 6 am curfew. A measure aimed at dissuading public gatherings during the pandemic.

According to the local authorities, police had tried to “prevent this event but faced fierce hostility from many partygoers.”

Reports claim that at least three officers have been injured during the clashes.

French Interior Minister Gérald Darmanin said, over 200 people had been given verbal warnings by the Police.

France has recorded more than 2.6 million coronavirus cases and 64,892 deaths since the pandemic began. 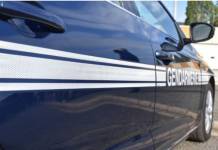