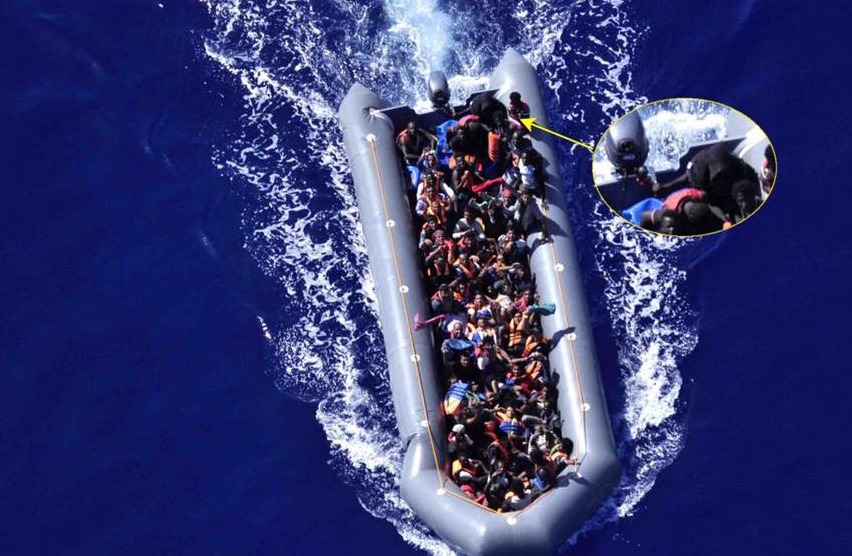 Earlier on Saturday afternoon Interior Minister Matteo Salvini taunted on Facebook with exclusive images of a rubber boat passing through Maltese search and rescue zone he claimed. Salvini said that the boat was carrying some 70 migrants. The Interior Minister rhetorically asked in his post who will intervene or will the boat be directed to Italy.

Over 170 migrants stranded off Lampedusa; “Not Malta’s responsibility”

Interior Minister Michael Farrugia claimed that Malta’s Search and Rescue (SAR) operation center has no involvement in the latest standoff between Malta and Italy. Farrugia was giving comments to Euronews journalist Giorgia Orlandi.

Farrugia said that the Armed Forces of Malta had approached the migrants’ boat and respected their “right of freedom of navigation at high seas”. He also claimed that the Libyan authorities inquired about the boat. He stressed that no distress call was made by the boat.

According to the Italian Authorities the distress call was made when the boat reached the Maltese SAR. The Maltese Government had claimed that the people refused help from the Maltese authorities.

Farrugia further argued that the people should be allowed to disembark either in Lampedusa or in any other Italian port.

#Diciotti. #1 Maltese interior minister #MichaelFarrugia tells me no involvement of their #sar operation center in the case.He says what he calls "right of freedom of navigation at high seas was respected" by #Afm navy ship that approached migrants as no distress call was made.

#Diciotti. #2 Maltese Interior minister #michaelfarrugia tells me Malta received call from Libyan authorities enquiring about migrants boat."They knew though" he says "boat was not in distress". "According to the Italians distress case started when boat reached Maltese #sar"

#Diciotti. #3 Maltese Interior minister #MichaelFarrugia on #Italy's involvement in the case tells me:"Italy will probably ask migrants to be shared between eu member states. It's up to them to decide but they should allow desembarkement either in Lampedusa or other Italian port"

According to reports that appeared on the Italian news agency, ANSA, there are over 177 people on board the Diciotti – the Italian off-shore patrol vessel which is currently in standby between Malta and Lampedusa awaiting further instructions. Interior Minister Matteo Salvini was reportedly saying that the Italian Coast Guard acted without informing the Ministry when intervening and taking the people on board.