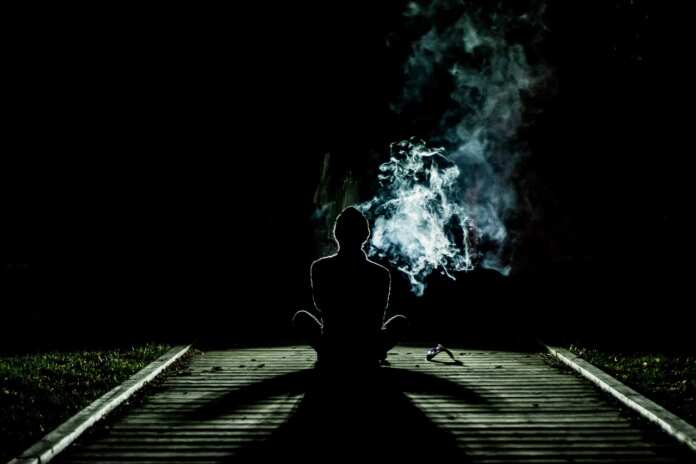 Over 17 tonnes of cannabis resin and over half a tonne of cannabis grass were seized by the Police Drug Squad in 2018. This was shown by numbers tabled in Parliament by Interior Minister Michael Farrugia, which also showed that cannabis grass was the main drug leading to four arrests of people travelling to Malta from Sicily.

Cocaine meanwhile fell to third place in numbers with 188 kilograms, and 22 grams of crack cocaine which is significantly less than 2017’s amount of 323 kilograms. This was followed by almost 5 kilograms of heroin before trailing down the list of other drugs seized in smaller amounts. 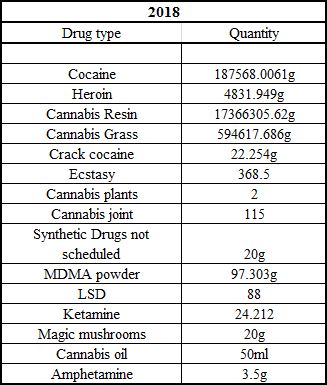 2013 saw the largest amount of ecstasy pills recorded since then with 30,372.5 pills. Meanwhile, 2017 holds the record for cocaine with the previously mentioned 323 kilograms, as well as holding the record for heroin seizure at over 13 kilograms. 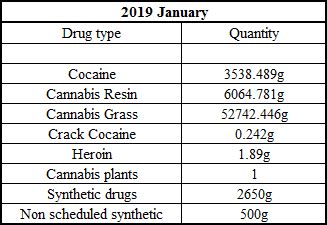 Arrested on the way from Sicily

There were four people arrested on their way to Malta from Sicily overseas in connection with drugs in 2018. One Maltese (15th March) and two Italians (21st November, 30th November) were arrested for cannabis grass with 0.8 grams, 9 kilograms, and 20 kilograms of the drug respectively. Another Maltese man was arrested (21st April) however for over 2 kilograms of cocaine, 300 grams of cannabis resin, and 990 grams of cannabis grass.

2017 saw three arrests made, one Maltese and two Italian, for 5 grams of cocaine for the Maltese arrest, and just under 5.5 grams cannabis grass and resin for each of the Italians respectively. 2016 similarly saw arrests of one Maltese, two Italians and one Libyan for less than a gram of cannabis, and one pill of ecstasy in the Maltese case.

People charged with trafficking or possession