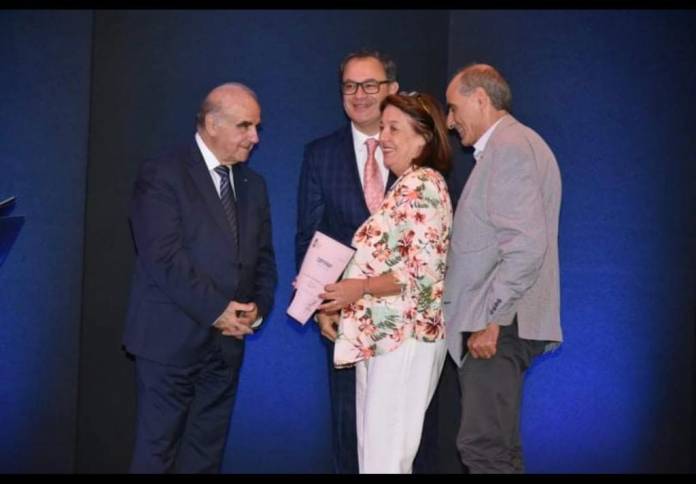 Nikol and Mary Baldacchino already had three children and four grandchildren when they decided to foster a child. Newsbook.com.mt spoke to the Siggiewi couple about their fostering adventure and why they had decided to become one of the first foster carers in Malta.

Nikol and Mary said that when the match is right, the fostered child is most likely to become grafted into the foster family. “He is like one of us”, they told Newsbook.com.mt

Fostering is an exercise in letting go. This is what Nikole and Mary Baldacchino found out in their road to becoming foster parents. Truth be told, they knew that that was the way to go since, with children of their own, they were facing the empty nest syndrome anyway.

The couple’s decision to foster started, as it were, “by a fluke”. Their natural children used to visit the Ursuline’s crèche in Tas-Sliema and from time to time they used to bring a little one home to share lunch and dinner with them. At a point, this had to stop. Nikol and Mary felt  a great blow, missing the child they had grown to know and love. They had a lot of tender memories which they could not let go of so easily. Mary poignantly recalls the pictures they have of him, which they still cling to fondly.

No place for bitterness

In spite of the harsh blow, Nikol and Mary still remained a caring and nurturing couple, with a soft spot for kids.

“What more can we do?” was the constant question which the couple asked themselves daily. For a considerable time there was no answer. Then,  a few years down the line, it so happened that the couple crossed paths with another boy.

“It was early in 2000 when we were told that a boy in care needed some company during Christmas” said Mary. Without second thoughts, the couple welcomed the boy with open arms and little by little, a relationship started to form. Guided and supervised, the couple and their new protegé grew into and around one another, much as families adapt when their children are growing up. It was at this point that the couple was invited to enrol in the Fostering course which was still in its preliminary phases at that time.

Nikol and Mary were somewhat taken aback. With a family of their own, they questioned whether they did really need this course. However, they soon learned that just as having a piano at home does not make you a pianist, having children does not mean that honing one’s parenting skills before committing to care for a child with a completely different baggaged does not need training.

Impact on the family dynamic

The Baldacchino couple agreed that several challenges had to be tackled by the family, especially as each member adapts to an unfamiliar newcomer.  The fostered child  was a very significant asset to their family and the other children considered him as a brother with whom they can share their love.

But Nikol and Mary acknowledge that fostering can be difficult.

Nikol fervently points out that the decision to foster should be made rationally and with the support of all members of the family. The reason behind fostering cannot be the couple’s need to fill a void or else to resolve their issues but the desire to  love – freely and fully.

The Baldacchinos claim that special training is provided for the fostered children to prepare them for the necessary transitions involved in the process. They add that such training is essential.