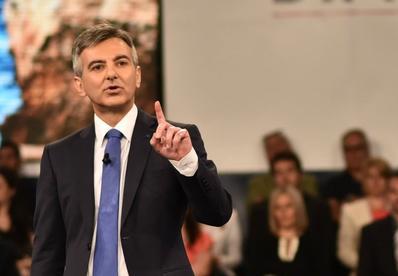 Former Opposition Party Leader Simon Busuttil in a statement published on Facebook cautioned the Prime Minister before asking for the shouldering of political responsibility  by either Busuttil or others. Busuttil said that other inquiries are yet to be concluded, the inquiries in question were requested by Busuttil himself. These include an inquiry about the FIAU report about the alleged kickbacks from passport sales paid to the Chief of Staff Keith Schembri. Secondly the FIAU report on alleged payments made to Adrian Hillman by Keith Schembri. Finally the third inquiry about Keith Schembri’s and Konrad Mizzi’s offshore Panama companies that were revealed in the Panama Papers. Busuttil also called on the Prime Minister to refrain from obstructing the said ongoing inquiries.

Furthermore Busuttil argued that it is unacceptable that only parts of the inquiry were published while the full inquiry is in the Prime Minister’s hands. He reiterated that it is in the public interest that the full Egrant inquiry report is published without further hesitation. Busuttil said that he will give his reactions once he reads the full report.

Busuttil also raised the question that as yet, from the report published, the question “Who owns Egrant?” remains unanswered. It was found that Egrant belongs to Brian Tonna who is a financial intermediary and therefore the question still remains unanswered in whose name is he holding the company. Busuttil reminded that Tonna was the same person who opened offshore companies in Panama on behalf of Konrad Mizzi and Keith Schembri at the same time.

Busuttil deemed Muscat’s calls for his resignations as ridiculous given that Muscat himself never shouldered political responsibility despite the scandals which happened under his watch. Busuttil reminded Muscat that the Egrant Inquiry was not called by neither asked for by Busuttil himself. He reiterated that it was his duty as a public person and at the time a leader of the Nationalist Party and the Opposition that he would insist on the truth and that the serious allegations to be addressed. In rhetoric questions Busuttil asks Muscat whether he expected the Opposition to remain silent in view of such allegations.