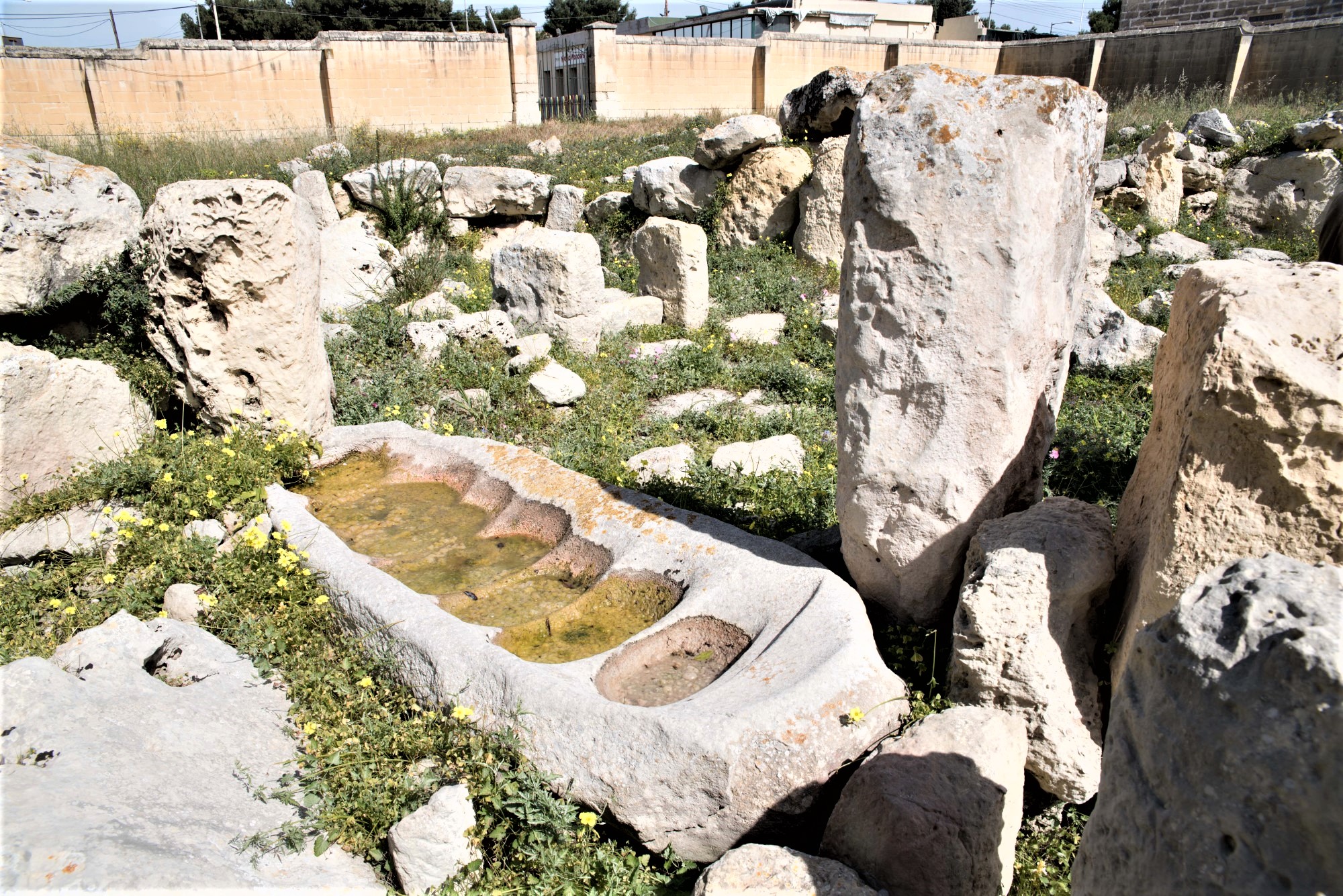 Many are aware of and probably have visited the megalithic Tarxien Temples and Ħal Saflieni Hypogeum. Yet possibly, fewer visitors have been to the Kordin III Temples which are located close by. Open only by appointment, Kordin III Temples are the sole survivors of three temple complexes that were constructed on Corradino Heights. On Saturday 8th December, Heritage Malta is organising an open day at this site and inviting the general public to visit it.

The presence of all these prehistoric structures in this zone attest the importance of the harbour area during the Neolithic Period. The first archaeological studies and excavations of the three Kordin Temple complexes took place between the late 19th century and the early 20th century.

In 1871, part of the Kordin II Temples was destroyed by the Royal Engineers to make way for the ditch of the Corradino Lines. In the 1950s, both Kordin I and Kordin II Temples were virtually untraceable. Whatever had survived was completely demolished in the 1960s when an industrial estate was built on the site.

Luckily, Kordin III Temples’ fate was different from its counterparts. Although the site received a direct hit by a bomb during World War II, it was preserved within a walled enclosure. Consisting of two temples, one having two chambers and the second having three apses, Kordin III has its own particular features. One of these is the stone-paved forecourt which is the best preserved in all Megalithic Temples. Another unusual find is the massive multiple quern which was discovered lying across the entrance to the left apse.

Kordin III is located just outside the Corradino Lines, between the Church of St. Anthony of Padua and MCAST College in Paola.