The Gozitan University Group has insisted on having online lectures made available especially in the case of vulnerable students and other students that have difficulty renting or are financially disadvantaged during a meeting with the rector Professor Alfred Vella on the reopening of the University of Malta in October.

In a statement, the association representing Gozitan students said that a virtual meeting was held with the rector and other staff members regarding the reopening of the next scholastic year.

GUG said that after having made its case, the University has promised to delve deeper into the issue.

When the coronavirus first broke out in Malta, the University of Malta shifted its lectures online.

During the meeting, Professor Vella mentioned three methods which the University may adopt once it reopens. These are a physical person system where study-units which are composed of small groups will be accommodated physically at University with enough distance between the students as required; a PR system where moderate groups will be divided into smaller groups where one group would be following the lecture presently at University and the other group would be following the lecture remotely; or in the cases of larger groups they would have online lectures with smaller units such as tutorials and seminars taking place in person.

The faculties will decide upon separately and this would also depend on the guidelines that are to be issued by the health authorities.

The group said that it mentioned the possibility of having teleconferencing introduced through the Gozo Campus. However, Prof. Vella said that it would only be after the following semester that the university can assess the effectiveness of the PR system.

The University of Malta is yet to hold a meeting with the health authorities in order to hammer out the guidelines under which it will operate. 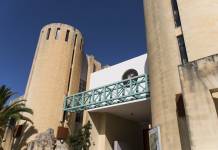