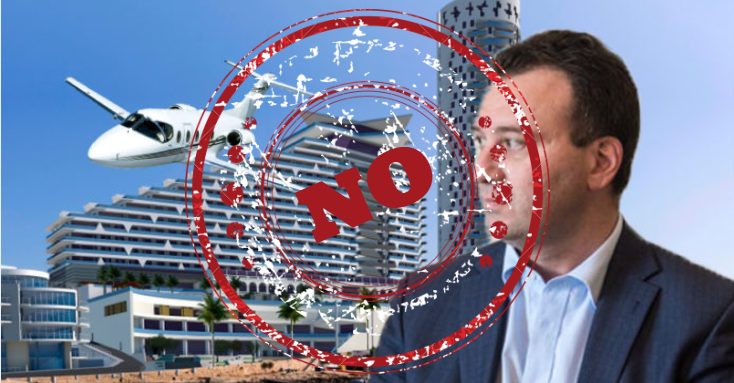 The Ombudsman described as akin to unwarranted influence the procurement of a private jet for the PA Board member to vote on the DB project. The Ombudsman’s report came as a consequence of reportage by Newsbook.com.mt on the leasing of a private jet to ferry a board member to and from a holiday resort in Sicily for the day, so that the member, Jacqueline Gili, could vote on the DB project. Following the reports, complaints were filed with the Ombudsman for investigation, which investigation has now been concluded.

The Ombudsman’s opinion was categorical: “Neither the Authority or even more the Executive should intervene so that Members of the PA Board are present for meetings. This is in conformity with the basic principle that each member of the Planning Authority Board should be left in liberty to attend the meeting and to listen to the various representations and finally decide when the vote is taken. Any interference in any part of this whole process can be interpreted as if there were an unwarranted influence on the said member of the Board”.

The Ombudsman concluded that the Executive Chairman should limit himself to recommending and informing the Board and should in no way take positions which may be interpreted as influencing the  vote of even a single member. He also recommended that the board members should do their best to attend the meetings and should advise the Board Secretary in good time of their absences or difficulties. They must, however, be left free to attend or not.

The PA Executive, said the Ombudsman, signalled its agreement to these recommendations.