Writer and thinker Oliver Friggieri, who passed away last Saturday and who was granted a state funeral on Wednesday, is to be honoured with a monument, the government has confirmed. 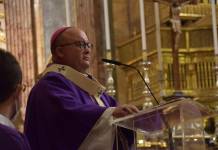 Prime Minister Robert Abela has asked Heritage Malta to kickstart the process, and a call for proposals is set to be issued next week.

“His name will continue to be remembered, and I feel that this memorial will provide him with some of the recognition he is due,” Abela said.