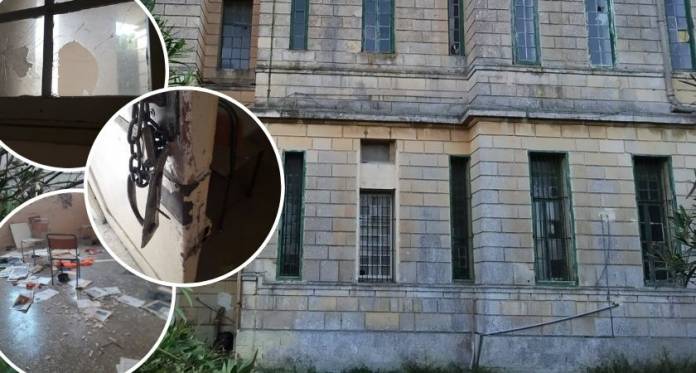 Unknown individuals have taken aim at the Old Naval Hospital in Mtarfa which was vandalised over the weekend.

A police report was filed in connection to vandalism at a school, a police spokeswoman confirmed.

Individuals from the Mtarfa Drama Group reached out to Newsbook.com.mt and recounted how they found the building “severely vandalised”.

Speaking to Newsbook.com.mt, the group’s director said that when arrived at the premises he found the door open. Inside some windows were destroyed as glasses were smashed while 100 years old doors were broken.

Damage was also done to the toilets, sinks and the PA system box.

Describing the act as an attack on national heritage, the director of the group told this newsroom that they found it difficult to operate since they had to clear the debris.

The old military hospital was handed over to Haileybury Malta Ltd, after the House of Representatives approved a resolution which allows the company to run it as a school for 40 years.

The school is intended for children of expats living and working in Malta.

The police said that no one was questioned so far in connection to the case.