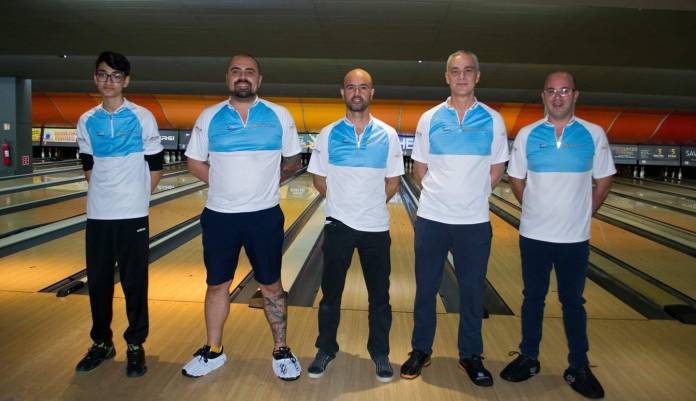 The Mapfre MSV Life Division 1 came to an end recently with OkMalta.com emerging worthy winners after an almost continuous head to head battle with Team Total, which also meant three titles in a row for this very strong team featuring national champion Mauro Anastasi, Dennis Mercieca, Kenneth Arpa, Rankin Camilleri, and young Nicholas Muscat, who ended up with the highest league average (218) which is a supreme achievement for anyone let alone for a rising star who is yet to turn 16!

OkMalta.com finished their commitments with an easy 6-2 win against BOV, with Team Total also winning 6-2 against relegated Blitzkrieg. Team Total, featuring National Champion Sue Abela, as well as under 23 Champions Matthew Magro and Sara Xuereb, needed to register 14-year-old Chris Fenech as a sub for the last day. Fenech, who will join team XS in 2021, did not disappoint and played a 201 average to end up as their best player on the night. 19-year-old Xuereb won the high average for the ladies with a 205 league average, ended up breaking  Abela’s stronghold on this particular achievement after an incredible 13 consecutive seasons.

Turu’s Knights ended up in third place, with another 6-2 win against XS, with Mark Spiteri (Turu’s) playing the only 700+ series (726) of the night.  Powerfruit, who had Cynthia Frendo Duca (686 series) and 13 year old Kayden Lagana (with a 267 personal best game) in supreme form,  defeated Royal Shock to end up in 4th place. The last match went to Supersonic (also 6-2) against the other relegated team, Strike Me Jabaal.

Mapfre MSV Life Division 1 gave thanks to Mapfre MSV Life for their support, as well as to Eden Super Bowl who ensured that all health measures were strictly followed to allow them to be able to bowl safely.