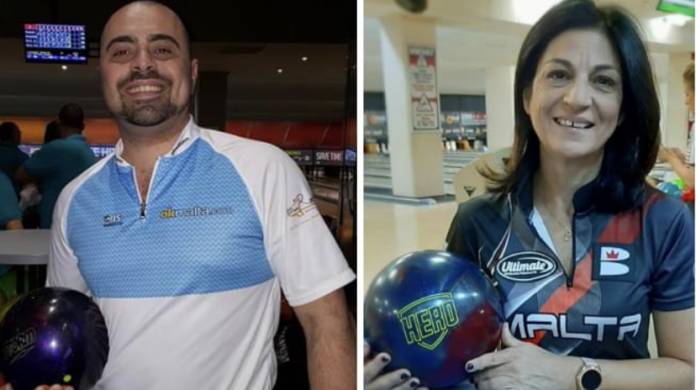 As the Mapfre MSV Life Division 1 reaches the end of the first round, OkMalta.com and Total continued their neck and neck race as both registered comfortable 8-0 wins against Bank of Valletta and Blitzkrieg respectively.

OkMalta.com were in superb form, with all four bowlers bowling above 200 average, with Mauro Anastasi also ending up as high bowler of the week with a 662 series. Total also bowled very well with Philip Gruppetta shooting a solid 658 series to help the team easily overcome last placed Blitzkrieg

Turu’s Knights kept their third place with an 8-0 win against XS, though they remain a distant 16 points behind the runaway leaders. Captain Peter Mallia was highest for the winners, with a 649 series, with Reuben Scerri being highest for XS with 210 average.

Fourth placed Swisslion lost 2 precious points against sixth placed Royal Shock, with the first game going to Royal Shock while the second game was a close one that Swisslion won by just 12 pins mainly due to a brilliant 245 game by young Kayden Lagana’.  Lagana’ also ended up high bowler for the team with a 637 series, with Peter Sammut Briffa being highest with a 574 for Royal Shock.

Supersonic beat Strike me Jabaal to overtake them and shoot up to 7th place, 6 points ahead of Strike me Jabaal who are back in the relegation zone. Kyle Camilleri was highest with a 621 for Supersonic, while Danial Swift was best for the losers with a 534.

As mentioned, Anastasi was high male bowler of the week, with Sue Abela (TOTAL) being high female bowler.