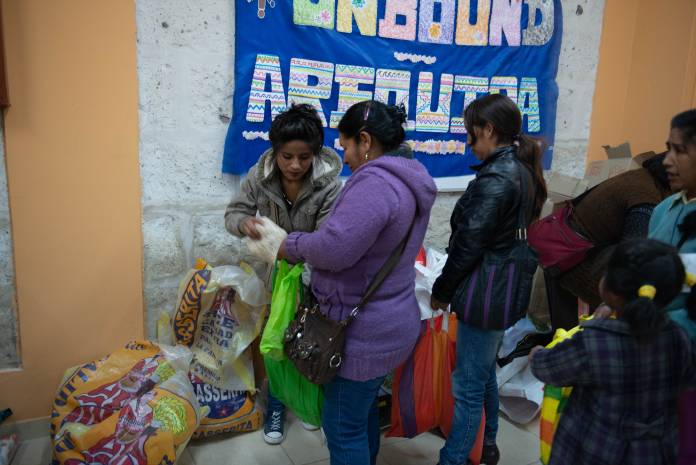 The ‘Oħloq Tbissima’ fundraising marathon is being held for the 18th consecutive year this month, in aid of families in Peru, Pakistan and the Philippines whose livelihoods have been threatened by the Covid-19 pandemic.

However, as a result of the pandemic, this year’s edition – which will take place between 17 and 19 July – will be markedly different from past editions.

As in previous years, the marathon is being organised by CPi Media, the MSSP’s media organisation, but this year, it will be held in its media studios within Dar San Ġużepp in Santa Venera, instead of the courtyard where it is usually held. The broadcast will take place between 5pm and midnight on each of the three days in which the marathon will be held.

The pandemic has forced the cancellation of many activities that had marked past editions, including dancing exhibitions and games led by local personalities.

Instead, the studio will be featuring two large screens, with one showing clips sent by the MSSP’s missionaries, while the second  will show a tile board representing families in Peru, Pakistan and the Philippines which the marathon is seeking to help.

The pandemic has seen countless people lose their jobs, leaving them unable to even feed their families. A €200 pledge could help feed a person for 6 months, while €500 could feed an entire family.

The MSSP is a missionary congregation founded in Malta by Mgr Joseph de Piro in 1910; the 110th anniversary of its founding has just been celebrated on Tuesday. In recognition of its missionary efforts, it was made a pontifical institution in 1973, through which it fell directly under the authority of the Holy See.