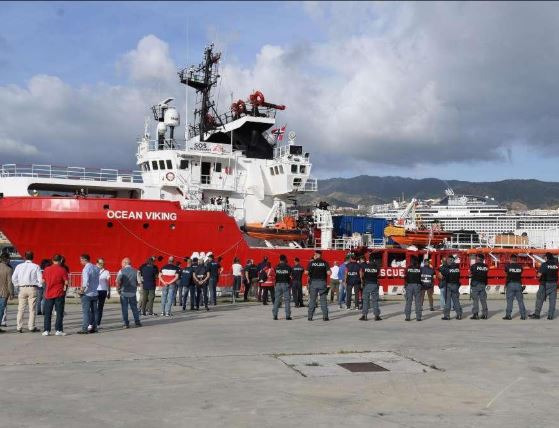 The 182 migrants aboard the Ocean Viking ship entered the Sicilian port of Messina earlier this afternoon. The migrants on board were rescued from the sea between 17th and 18th September in three different Search and Rescue operations.

Last week, the Armed Forces of Malta transferred 35 immigrants who were part of this group but do not give permission to OceanViking to enter the port in Malta.  This decision had been criticized given that among the immigrants there was a newborn baby, a pregnant woman and 13 children under 18.

The vessel, which is jointly operated by SOS Mediteranee and MSF Doctors without Borders, had been given permission to enter port by the Italian government.