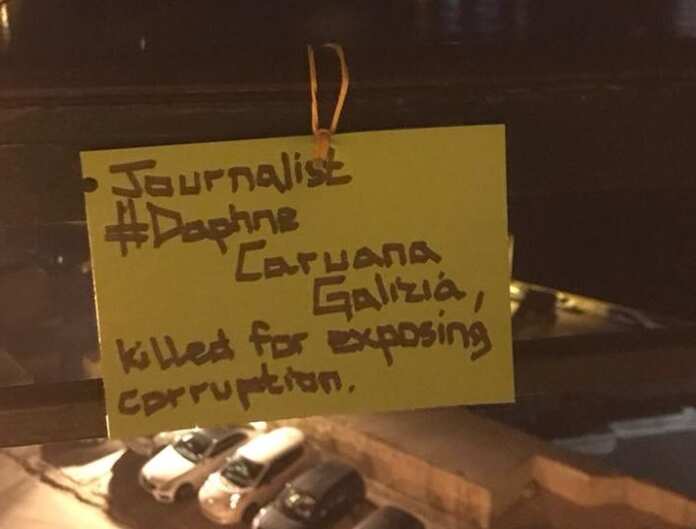 Occupy Justice activists are planning a number of events during October to mark a year since the assassination of Daphne Caruana Galizia.

For the 16th of October 2018, the anniversary of Daphne Caruana Galizia’s murder, a number of activities are being held. At 3pm there will be a silent gathering on Triq il-Bidnija in memory of the hour and the day Daphne Caruana Galizia was assassinated. A vigil will be held at the Great Siege Memorial that evening.  Mass will be said before the vigil in a Valletta church.

Other events are being planned throughout the month of October. On Sunday 14th October a March for Truth and Justice is being called in Valletta. Occupy Justice said that this march is being called after a similar call was ignored and censored by the authorities over the last year.

A series of ‘Freedom Lectures’ is being organised on separate dates in October with visiting speakers from journalism, politics and activism will be invited to give talks and answer questions on free expression and civic rights.

Photos: Largest supermoon of 2020 rises on a world battling COVID-19

Reuters   April 7, 2020
The largest, brightest supermoon of 2020 rose in the night sky on Tuesday over hushed cities, stilled factories and countries in lockdown due to the novel coronavirus that has killed tens of thousands worldwide.

Reuters   April 5, 2020
Italy's health minister outlined plans on Sunday for broader testing and beefed-up health services as part of a package of measures that would follow a future easing of the country's coronavirus lockdown.