Rule of law NGO Occupy Justice has called on the Police Force to recover and return banners that the NGO placed last night after they were taken down.

Yesterday evening, sixteen banners were hung around the island to mark a year since the protests which led to the resignations of disgraced former Prime Minister Joseph Muscat, former Minister Konrad Mizzi and former Chief of Staff Keith Schembri. 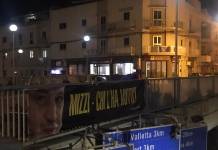 The NGO remarked that it is ironic that only yesterday, Prime Minister Robert Abela confirmed that “this is a new government from the one back in January”. Occup Justice added that it assumes that its fundamental right to protest is being rigorously respected as part of this regime’s raft of ‘progressive reforms’,  and that it is therefore being stolen by authoritarian thieves.

It appealed to the Malta Police Force to take the necessary action to ensure that all the banners are recovered and returned immediately.