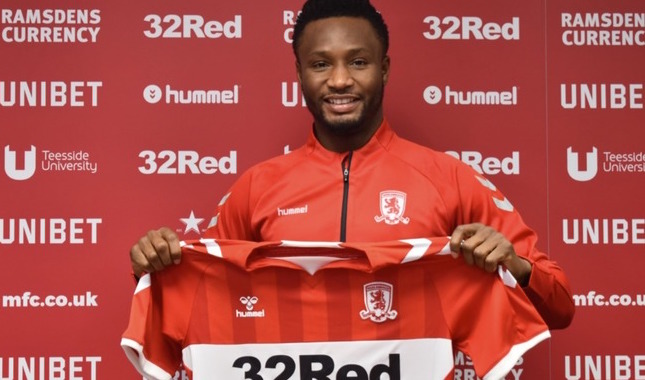 Former Chelsea midfielder John Obi Mikel returned to England after parting ways with Chinese side Tianjin Teda. The Nigeria international joined Middlesbrough FC who play in the English Championship are are coached by Tony Pulis.

AS Roma and Wolfsburg were reported to have shown interest in Obi Mikel but the 31-year-old revealed how Tony Pulis played a part in his decision to sign for Middlesbrough on a short-term basis:

“I spoke to a few clubs and I also spoke to Tony [Pulis], had a good chat with him. He’s told me where he wants to go with it and it definitely fits with what I want to do.”