It is not possible for Muscat not to have known according to one of Daphne Caruana Galizia’s sisters who said that the journalist’s murder is connected to her work and Keith Schembri.

“I think about Daphne every day of course, but it’s usually because we have to deal with the campaign for justice.”

Earlier today, self-confessed murder middleman Melvin Theuma faced cross-examination in court. 17 Black owner Yorgen Fenech gave him a Rolex watch for his son and he also tried to get him to trade gold bought from abroad. On the latter, Theuma said he gave him everything back and said he did not want to do it. 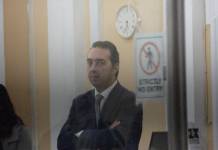