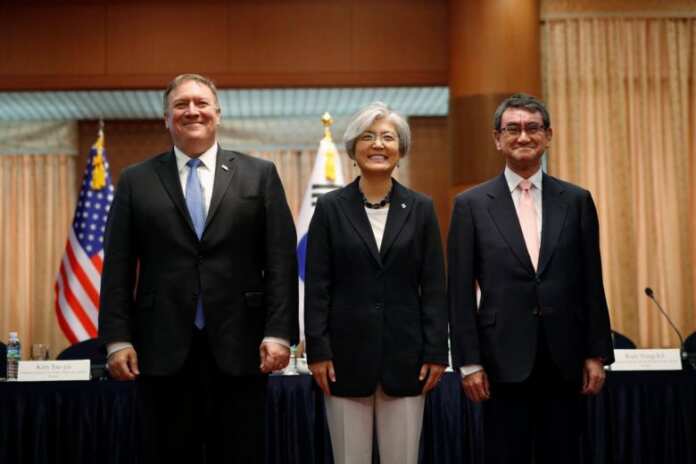 US Secretary of State, Mike Pompeo said that sanctions on North Korea will remain until they are able to demonstrate that a “full denuclearisation” has taken place.

At a joint-news conference in the city of Seoul, with his counterparts from South Korea and Japan, Pompeo said that Pyongyang is committed to halt its nuclear program.

This news conference was held a few days after the summit, which is considered historic, between the President of the United States Donald Trump and North Korean leader Kim Jong-un in Singapore.

Pompeo described this summit as “a turning point and a start” in regard to relations between the two countries after they signed an agreement to start a new relationship with the latter removing all nuclear weapons from the Korean peninsula.

This agreement has brought many questions, with observers saying that there are no details on how North Korea will eliminate its nuclear weapons and how to verify that the denuclearisation process has indeed taken place.