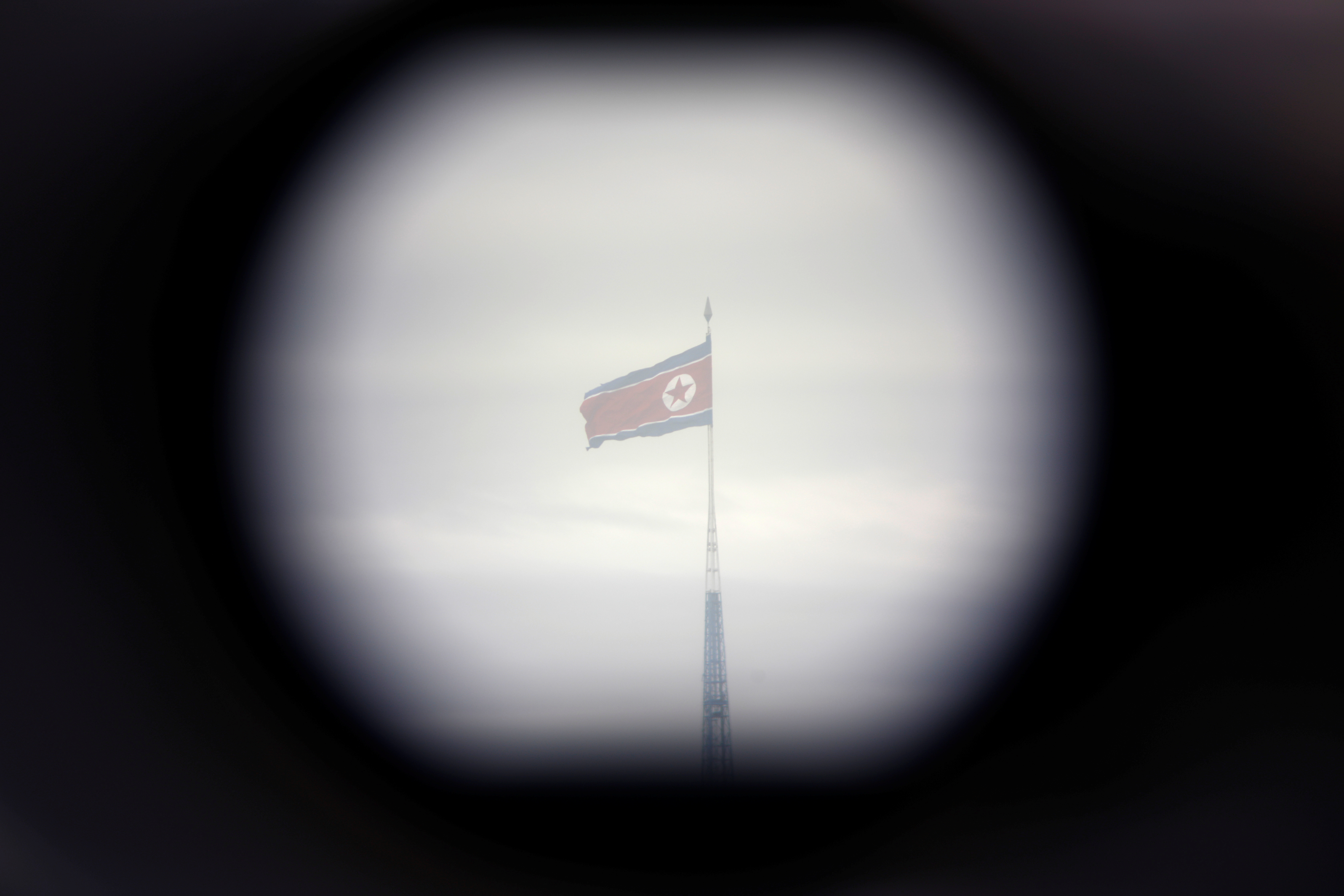 North Korea fired several short-range projectiles from its east coast on Saturday, South Korea’s military said, as analysts said the country is stepping up pressure against the United States after February’s failed nuclear summit in Hanoi.

The South Korean military initially described it as a missile launch, but subsequently gave a more vague description.

If the unidentified projectiles were missiles, it would be the first missile launch since the North fired an intercontinental ballistic missile (ICBM) in November 2017. Soon after that missile test, the North declared that its nuclear force was complete, after which Pyongyang extended an olive branch to the South and the United States.

In Saturday’s statement South Korea’s Office of the Joint Chiefs of Staff said the North fired several unidentified short-range projectiles from north of the city of Wonsan around 9 a.m. (0000 GMT) which flew about 70 kms to 200 kms (44-124 miles).

The South Korean military said it was conducting joint analysis with the United States of the latest launches.

Surveillance and vigilance has been stepped up in preparation for any further launches by North Korea, and the South Korean military maintains readiness and is cooperating with the United States, the Office of the Joint Chiefs of Staff added.

North Korea’s leader Kim Jong Un, has vowed to no longer test nuclear weapons or ICBMs, but the North has conducted other weapons tests since then.

The latest firing, coming after the North’s test of what it called a tactical guided weapons system in April, added to the pressure Pyongyang has sought to exert on the United States to give ground in negotiations to end the North’s nuclear programme.

White House Press Secretary Sarah Sanders said, “We are aware of North Korea’s actions tonight. We will continue to monitor as necessary.”

A Pentagon press officer said in response to a Reuters request for comment: “We aren’t able to confirm anything at the moment, we are looking in to it.”

“There were reports of a missile launch by North Korea, but we have not confirmed the entry of any ballistic missile into Japan’s Exclusive Economic Zone. At this point, we have not confirmed any situation where Japan’s national security would immediately be affected.” Japan’s Defence Ministry said in a statement.

Analysts said that no matter what type of projectile was fired, the timing of North Korea’s action would send a message to the United States.

“It is an expression of the North’s frustration over stalled talks with the United States. It is a message that it could return to the previous confrontational mode if there is no breakthrough in the stalemate,” said Yang Uk, a senior research fellow at the Korea Defence and Security Forum.

“It also seems clear that North Korea is angry over what appears to be a lack of flexibility in the Trump administration’s position on relieving sanctions, sticking to a policy of ‘maximum pressure’,” said Harry Kazianis at the Center for the National Interest, a think-tank.

Kim has held two summit meetings with U.S. President Donald Trump, the second in February in Vietnam, but the two failed to make progress on ending the North’s nuclear programme due to disagreement on weapons dismantlement and sanctions relief.