The third demonstation organised by civil society in front of Parliament turned out to be as noisy as planned. Partecipants went to the demonstation ‘armed’ with pots, pans and whisles to loudly make their point. They also carried brooms symbolically representation their demand that those discrubed by them as corrupt politicians are swept away from public scene.

The demonstation was organised by Repubblika, Occupy Justice and Manueldelia.com. The main target of the demonstation were the Prime Minister, Minister Konrad Mizzi, Minister Chris Cardona and Chief of Staff, Keith Schembri. 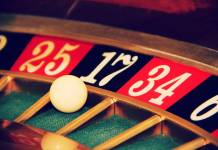