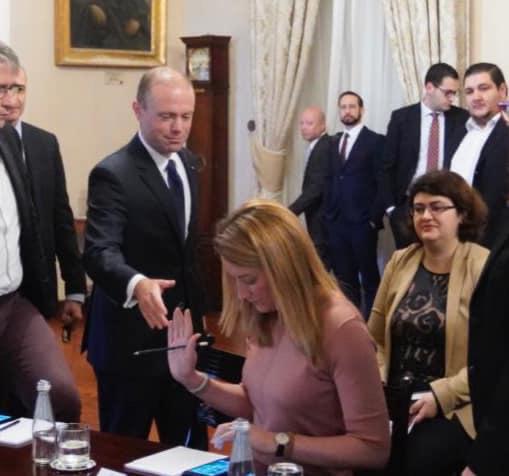 MEP Roberta Metsola refused to shake hands with Prime Minister Joseph Muscat during this morning’s questioning session as part of the fact-finding mission the European Parliament delegation is currently doing in Malta, following the latest developments in the investigations of Daphne Caruana Galizia’s assassination.

At one moment, Joseph Muscat approached the Maltese MEP, who is part of the delegation, representing the EPP to shake hands, and she made it a point to refuse the handshake. The moment was captured and immortalised in a photo which was posted on social media.