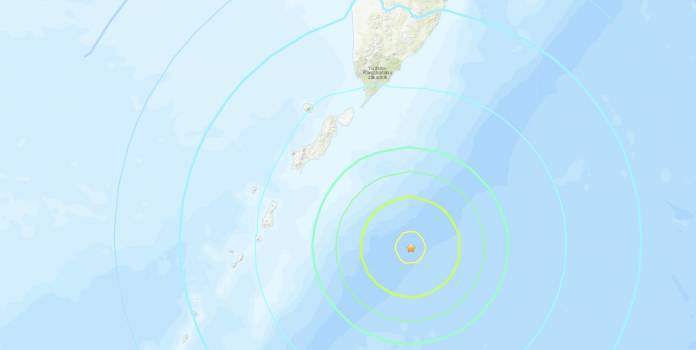 Meteorological authorities in Japan didn’t issue any tsunami alerts while U.S. authorities cancelled a warning for Hawaii after a 7.5 magnitude earthquake struck off Russia’s Kuril Islands.

Some of the U.S. coastal areas may experience non-damaging sea level changes, the agency added.

The Japan Meteorological Association also said there might be slight tidal changes but said no warnings or even watch advisories had been issued.

The USGS had initially said the quake measured 7.8, but revised that figure down to 7.5.

There were no immediate reports of damage or casualties.