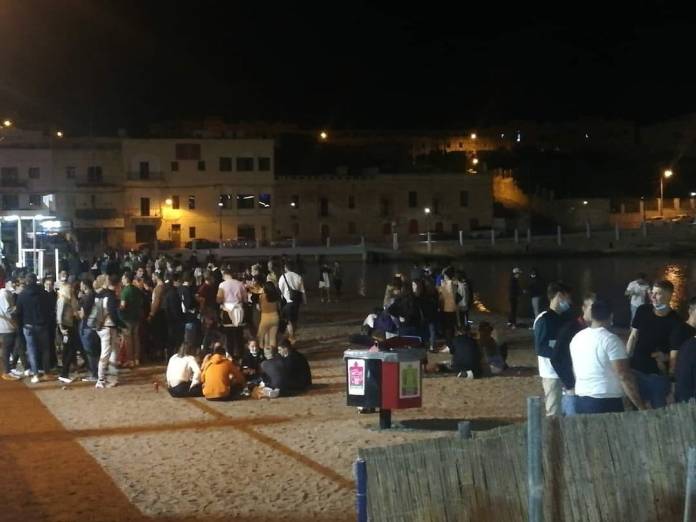 According to the latest regulations aiming to contain the spread of Covid-19, bars are constrained to close at 11pm for the time being.

But while a source speaking to Newsbook.com.mt suggested that even this restriction is being skirted by some venues posing as restaurants, the closing of bars has not been entirely effective in limiting late night crowds as photos making the rounds on social media suggest. 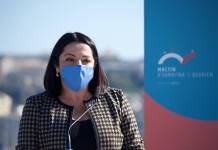 One photo shows sizeable crowds of people congregating at St George’s Bay, with no regard to social distancing or facemask requirements.

“An insult to all our elderly people locked inside, to parents who are doing their utmost to protect their children and to students/workers who have to wear face masks all day,” Buttigieg exclaimed. “Shameful – irresponsible – selfish!”

In reply to questions by Newsbook.com.mt, a police spokesperson said that police officers went to disperse the crowd in St George’s Bay as soon as they were alerted to its presence.

But it appears that no fines were issued in the process: the spokesperson said that “given the circumstances, it was decided that the most important action required at the time was to disperse the crowd as quickly as possible and as a result, the police acted in a timely manner.”

Police officers remained on site to ensure that no crowds returned to the site.

The spokesperson said that police officers were doing the rounds throughout St Julians and that a number of inspections were carried out on commercial establishments. The new regulations, he added, were being observed.

Home Affairs Minister Byron Camilleri also confirmed that the crowd was eventually dispersed by the police in a Facebook post in which he said that like many, he was angered “to the death” by the crowds.

He similarly emphasised that strong enforcement was taking place, highlighting that hundreds of inspections took place on Friday, and dozens of fines were issued.

“This enforcement – which we have strengthened and will continue strengthening – also involves workers, mothers and fathers who have a family at home. Let us help them by being responsible,” he appealed.