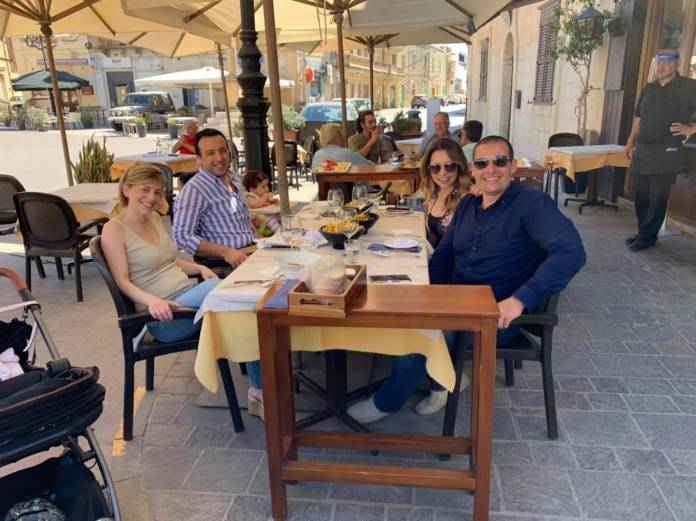 Gozo Minister Clint Camilleri insisted that he and Prime Minister Robert Abela did not breach any public health recommendations when they had dinner in Gozo last Sunday, denying that they had been served food to share.

Camilleri and Abela, together with their respective wives and the Gozo Minister’s infant daughter, had dinner at a Xagħra restaurant last Sunday, sharing photos on social media. But a number of people, including PN MP David Thake, had highlighted that the photographs appeared to show a sizeable bowl of chips in the middle.

The matter was raised in parliament by PN MP Hermann Schiavone, prompting a somewhat derisory reply from Camilleri, who insisted that more than one bowl of chips had been served to them.

“We did not breach any regulation that you may have imagined,” Camilleri said.

“What we did was act as an example so that we can restart the economy and start living again, in contrast to your party.”