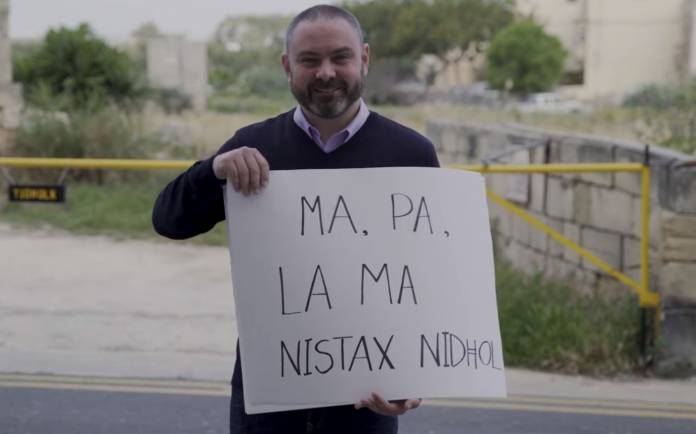 Education Minister Owen Bonnici said that no public funds were used in the production of his May 1 video, inspired by a famous scene from 2003 romantic film Love Actually.

Emulating the scene – as UK Prime Minister Boris Johnson had done during last year’s electoral campaign – Bonnici stood outside his parents’ house in Żejtun and communicated to them through a series of cardboard signs.

He highlighted that his elderly parents had been going to the 1 May activities in Valletta for many years, but also highlighted the government’s effort on his portfolio, education and employment. All the while, a boombox played a staple of the Labour Party songbook – Tema ‘79 from the political rock opera Ġensna.

The somewhat cringe-worthy video had attracted considerable attention – if not always necessarily of the type the minister may have sought.

During question time today, PN MP Beppe Fenech Adami said that while he enjoyed the video, he questioned whether public funds were used.

But Bonnici replied that no public funds were utilised, adding that he welcomed Fenech Adami’s enjoyment of his message.

Amy Borg   July 4, 2020
Infrastructure Malta said that this second phase is planned to improve connections leading to the same main road. The aim is to improve the connections of the Marsa-Ħamrun Bypass with nearby localities, including Birkirkara, Santa Venera, Qormi, Ħamrun and Marsa.