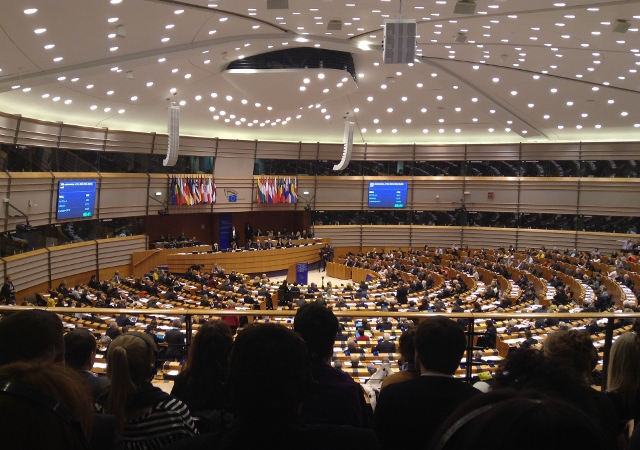 Following a meeting with UK Prime Minister Boris Johnson, President of the European Parliament (EP) Davis Sassoli said that there has been “no progress” in striking a Brexit deal.

In a statement, Sassoli explained that a deal between the EU and the UK requires not only a positive meaningful vote of the House of Commons, but also the EP’s approval.

On behalf of the EP, Sassoli stated that he thinks an orderly Brexit is by far the best outcome. The deal which they thought had been agreed with the UK last year was a text the EP could have supported.

He insisted that it resolved all the issues associated with the UK’s withdrawal from the EU. As things stand, it remains the best possible agreement.

“Parliament will not agree to a deal at any price”

Parliament has examined the UK proposals to replace the original backstop, to which they responded that these are a long way from something to which the Parliament could agree to.

On an extension, the EP is open to this possibility, should there be a good reason or purpose for this. However, Sassoli added that requesting an extension is a matter for the UK.

As far as a no-deal exit is concerned, Sassoli explained that the EP is very clear that this would be a very negative outcome. It will be economically damaging to both parties, in particular to the UK. He added that it will have very serious consequences on the island of Ireland. I

“No deal” would clearly be the responsibility of the UK Government, stated Sassoli.

The EP President concluded that he hopes that a no-deal outcome can be avoided, but if not, the EU has taken the necessary measures to prepare for this outcome.