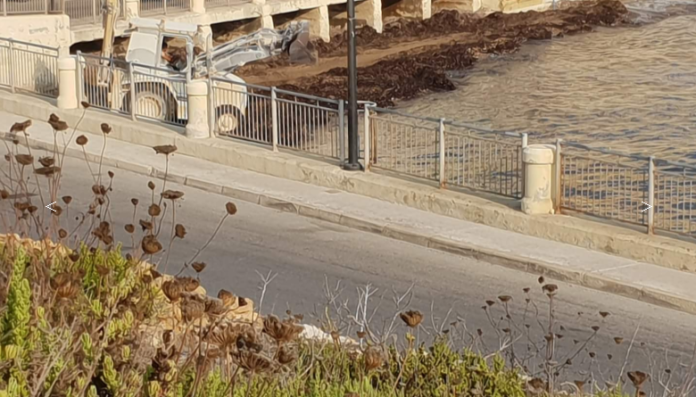 No special permit was required to clean Qbajjar beach, the Environment and Resource Authority (ERA) said in a reply to questions sent in by this newsroom. ERA said that such is the case as long as such activity did not concern the sea around the beach.

Newsbook.com.mt contacted ERA after a mechanical shovel was placed at Qbajjar to remove the seaweed which had accumulated and was not removed during summer. ERA said that only a handful of beaches were regulated by ERA’s operating procedures on beach cleaning, thus such beaches would be cleaned during a specific period of the year and were subject to regulations which aim to protect its flora, fauna and natural environment.

ERA suggested this newsroom to contact the Gozo Ministry on the case. When asked whether such exercise could have avoided making use of a mechanical shovel, ERA would not reply.

Newsbook.com.mt spoke to Professor Alan Deidun, Malta’s Ocean Ambassador, about the case. Deidun said that while seaweed should be removed due to its negative impact and since it deters people from swimming, one should do so using measured means.

Environment authority should get veto rights on ODZ, MP suggests