Neither the family nor the inmate’s lawyer were informed about the death of Ihtisham Ithisham, lawyer Jacques Grima confirmed to Newsbook.com.mt.

The 25-year-old man was found dead on Thursday by the prison guards, the authorities reported.

Speaking to this newsroom, the lawyer who was given the brief after Ihtisham was sentenced, said that it was only after he saw an online article that he contacted the prison authorities to check whether it was his client. 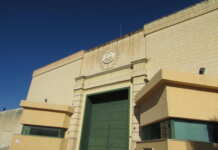 The Pakistani national was jailed for six months for carrying forged asylum papers and was due to be released on Christmas Day.

Dr Grima stressed that the inquiry into the death of Ihtisham is still underway and one would need to wait before commenting on any factors related to the matter.

“The family was shocked and confused. They could not understand how up to a day before he sounded in the highest of spirits. He was extremely positive. He did not complain in any form or express anything which could have been worrying. They couldn’t understand,” Dr Grima recalled as he recounted that he had to break the news to family of the victim.

The lawyer underlined that Ihtisham’s family members confirmed to him that the youth had no pre-existing medical conditions.

“We will wait for the result of the inquiry first before assessing the family’s position,” Dr Grima remarked.