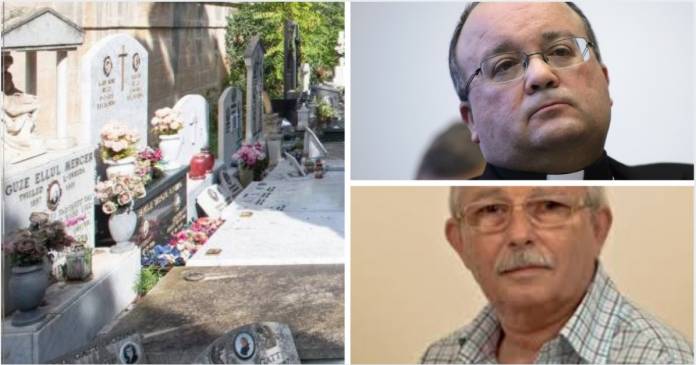 “This year’s All Souls day has gained historic significance through Archbishop Scicluna’s action at the Maria Addolorata Cemetry on Saturday.” In a reaction on The TImes of Malta, historian Prof Joe Pirotta said that the Archbishop’s action in asking for forgiveness for the burial of members of the MLP in the unconsecrated ground during the politico-religious struggle of the sixties follows up on Archbishop Mercieca’s 1988 apology for the Church’s actions during the same period. “By “rehabilitating” the victims of Church disciplinary action that pre-empted the final judgement that is exclusive to the Supreme Being, the Church sought to reach beyond the grave, deeply hurting the deceased’s relatives at the moment when they were most vulnerable besides exposing them to social opprobrium,” said Prof Pirotta.

Archbishop Scicluna’s action, said Pirotta, adding that this positive act is no mere gesture, will hopefully bring closure not only to family members of those directly involved but also contribute towards closing a social and political wound that has festered much too long. He added that it should lead as well to an honest admission that the wrongs of the 1960s were not one-sided. “Then, hotheads on both sides rivalled each other in being more Catholic than the Pope or more Mintoffian than Mintoff. It was an unhappy period of our history from which we should draw appropriate lessons, concentrate on not forgetting them, while forgiving and forgetting each other’s errors of judgement” wrote Pirotta.

Zammit Marmarà praised Mgr Scicluna while Micallef Stafrace described the Archbishop’s blessing of the tombs of interdicted Labour supporters as the boldest step ever taken by the Church. L-Orizzont editor said that he was not impressed by Archbishop Scicluna’s step. In his blog on Newsbook.com.mt, Zammit Marmarà said that he would like to see Maltese and Gozitan alike appreciate the significance of such a move.

Former Labour Minister Joe Micallef Stafrace in a comment to the Times of Malta said that ‘Mgr Scicluna’s unexpected gesture went a step further and was the boldest step ever’. Micallef Stafrace who had been interdicted by the Church was forced to marry in the sacristy. Micallef Stafrace stressed that one should focus on the positive aspect of the development when asked if it was too little, too late.

The time for reconciliation has come – Coleiro Preca