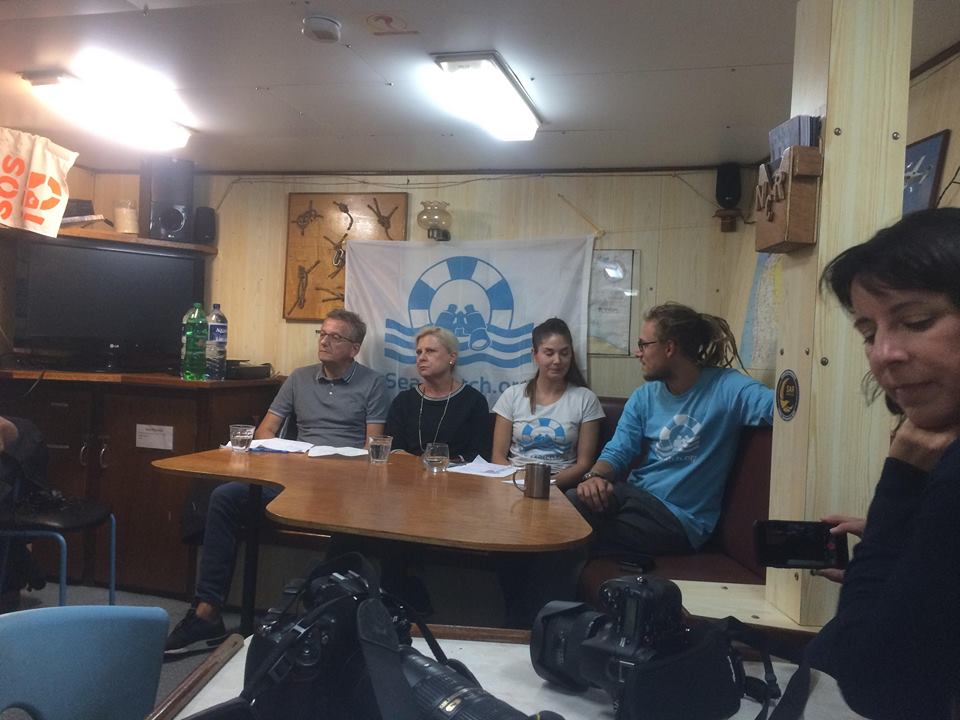 The Social and Democrats are in deep discussion with the Maltese Government on the situation of civil search and rescue boats, said Diemtar Koster, a European Member of Parliament from the S&D group who is also in the Civil Liberties committee (LIBE). Koster who is part of an S&D delegation currently in Malta was addressing a press conference with members of the civil search and rescue NGO Sea-Watch. Koster said that the delegation would be meeting the Interior Minister Michael Farrugia on Friday to discuss further, saying that there was not a real legally basis to keep the vessels blocked in Malta.

Koster remarked that the effort done by the Maltese Government was noted however this was not enough to prevent loss of life at sea. Koster further said that he hopes that the debate will be fruitful and will lead to a solution which would see the Maltese authorities allowing Sea-Watch leave the port.

The vessel SeaWatch Vessel 3 and the survelliance aircraft Moonbird both belonging to Sea-Watch are blocked in Malta. Newsbook.com.mt had inquired about the legal basis of the blockade however no regulation was identified. Dutch authorities which visited the vessel confirmed that the registration of the vessel was in order. However to date, SeaWatch Vessel 3 still cannot leave port.

Hilde Mattheis who is a member of the German Parliament and also belongs to the Social Democrats stressed the extent of the tragedy Europe is witnessing in the Central Mediterranean. She said that migration policies cannot be made on the back of people left to drown. According to Mattheis, the blockade is against international law. She stressed that rescuing people at sea was a basic principle of humanity and should form part of the common understanding of shared values, saying that when this was undermined then it’s tragic. She observed that during her discussions with the people working on board SeaWatch Vessel 3, the crew was highly professional and dedicated to their missions, observing that civil society was filling a gap left by states, commenting that hindering such activities reflects on the extent of the tradegy we’re witnessing.

Mattheis remarked that for some years, the Social Democrats have failed to come up with solutions for the migration challenges, saying that as Social Democrats they have a great responsibility towards this tragedy.

Sophie Schyett who is part of Sea-Watch said that on Wednesday, the other civil search and rescue NGO Sea-Eye published a letter which it had received from the Maltese authorities which said that they will be allowed to leave only if they make a strong clear statement that they would not operate search and rescue operations in the future. Schyett remarked that this was a political condition set to the NGOs rather than the legal. Mattheis described the proposal put forward to Sea-Eye as immoral. While Koster described the legal questions being raised as a pretext to hinder the “valuable work” being done by the NGOs.

Tamino Boehm, head of mission of the surveillance aircraft Moonbird said that after 20 days following their letter of protest to the Prime Minister Joseph Muscat, Transport Minister Ian Borg and Transport Malta, they yet to receive a reply from the authorities. He described their “silence as imprudent” towards search and rescue missions. He also stressed that the Maltese authorities failed to this day, to identify the legal basis for the blockade imposed on their vessels.