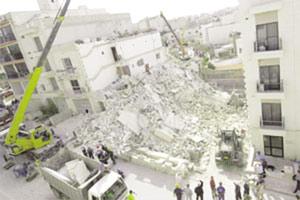 Replies given by the Ministry for Justice to Newsbook.com.mt indicate that no date has yet been set for the continuation of the hearing of a criminal case related to house collapse. The case happened in 2004 and two men stand accused of criminal negligence which caused the death of Mary Zarb and Nadya Vavilova when the house they were in collapsed. The case happened at St Paul’s Bay.

Early in the afternoon of June 3rd, 2004, sixty-year-old Mary Zarb was giving 24-year-old Nadya Vavilova private tuition in Maltese. This was the last conversation that the two women were to have as the house they were in collapsed over their heads. The adjacent construction works seemed to have caused the tragedy.

In the light of the tragedy which befell the Pace family in Hamrun this week, the resolution of the case in St Paul’s Bay, a case which has been pending for over 16 years now, is imperative. Newsbook.com.mt feels it is of the utmost importance that the calvary which the families involved in the St Paul’s Bay went through is not repeated.

The Attorney General submits a request

The ministry informed Newsbook.com.mt that the Attorney General, who had never deigned to reply to our questions, had presented a formal request for the resumption of the hearings and for a judge to be assigned to the case and for the criminal appeal to be given a date for continuation. The ministry gave no details as to when this request had been submitted by the AG or when the requests were likely to be upheld.

Newsbook.com.mt had been trying to prise an answer from the Law Courts’ CEO Frank Mercieca and from the AG Peter Grech since September 2019. They were asked when the criminal appeal was going to be resumed in court after it had been indefinitely deferred since 2010. While Mercieca and Grech were as silent as a grave, the Ministry answered Newsbook.com.mt immediately. 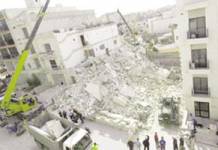 “The Courts have the means to arrive at a conclusion”

2009: First court case decided. Contractor Paul Demicoli from Birkirkara is condemned to three years in prison while his employee Kevin Bonnici from Birzebbuġa was given an 18-month sentence by the then Magistrate Consuelo Scerri Herrera. She found them guilty of criminal negligence which resulted in the tragedy.

September 2019: Newsbook.com.mt asked Court CEO Frank Mercieca and AG Peter Grech when the case was going to be continued.

February 2020: Following several emails which went unanswered, Newsbook.com.mt wrote to the Minister for Justice. The reply was immediate.

Newsbook.com.mt wrote to the Chief Justice. No acknowledgement or reply was forthcoming.

March 2020: Tragedy in Hamrun as a house collapses burying a woman. How long will it take for the family to see justice done?

Mercieca inquiry concludes situation should not repeat itself