A no-deal exit would be a “good outcome for the U.K.” said British Prime Minister Boris Johnson on Sunday. He also said that Britan could walk away from talks with the European Union within weeks.

Boris Johnson said that an agreement would only be possible if EU negotiators are prepared to “rethink their current positions” but the EU is accusing Britain of failing to negotiate seriously.

Britain left the EU on the 31st of January, three-and-a-half years after the UK voted in favour of leaving the union ending more than four decades of membership. 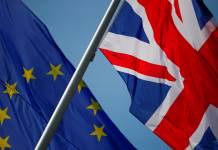 Uk’s transition period ends on the 31st of December this year which will see the country leave the EU’s single market and customs union.

British chief negotiator David Frost and his EU counterpart Michel Barnier will meet in London on Tuesday for another round of negotiations.

One killed, 7 injured in Birmingham stabbings