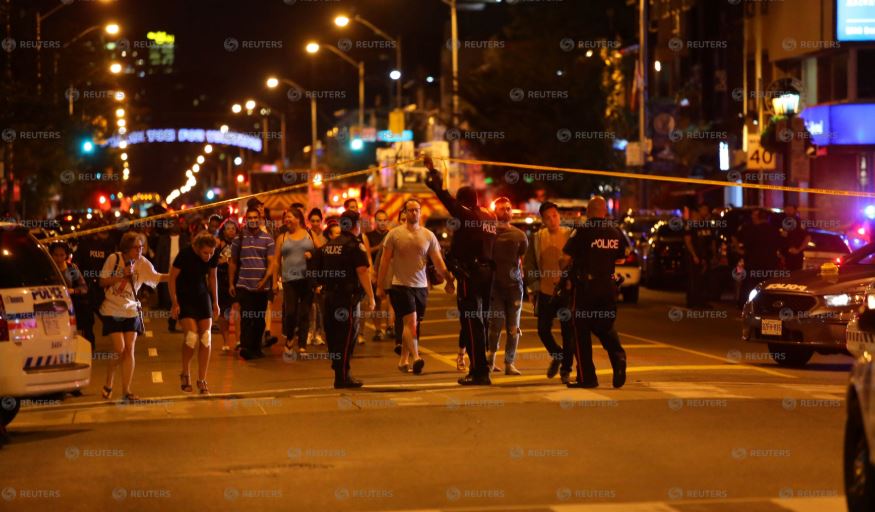 Nine people, including a young girl, were shot near downtown Toronto, police in the eastern Canadian city said on Sunday, and the gunman was dead.

The condition of the victims was not known yet, Toronto police said on their Twitter feed.