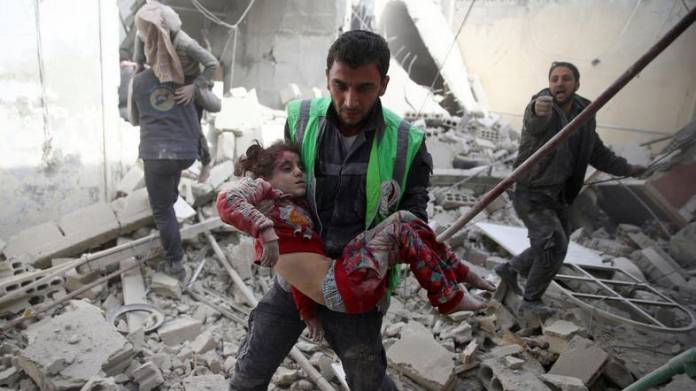 One child has been killed per day on average in Idlib during conflict escalations in 2019, Save the Children reveals today.

The current ongoing escalation of violence in Idlib — which began in December 2019 — has seen 36 children die, according to Save the Children and its partner organization Hurras Network, and displaced almost 300,000 people, completely emptying some major towns and cities in the area.

During previous intensified violence, which began at the end of April 2019, more children were killed in one month than all of 2018 in Idlib. Between April 30th 2019 and July 25th 2019, 90 children were killed during the military escalation in the area, before a ceasefire was announced in August.

Sonia Khush, Save the Children Syria Response Director, said: “The number of casualties in Idlib continues to grow. They may just be numbers to many, but to their families, they are dearly loved children whose lives have been cut short by a brutal conflict that spares no one.

Our partner Hurras Network,  documents each death thoroughly and these are conservative numbers. But they are still too high. A child killed each day is not acceptable.”

The freezing temperatures and wet, wintry weather are exacerbating the needs of vulnerable children and families. Hundreds of people are sleeping in the streets of Idlib with no place to go after aerial bombardment and ground fighting emptied the town of Maarat Al Numan and the surrounding areas. Many are trying to seek refuge in mosques, empty warehouses, and chicken farms.

Twelve displacement camps in northwest Syria have flooded over the past few weeks, which – when coupled with a shortage of fuel – make it extremely difficult for displaced families to combat the cold weather.

“Thousands of families have begun the New Year trying desperately to escape violence with no destination in mind, fleeing with just the belongings they could carry. For many, it’s not the first time they’ve had to do this.

“Save the Children is calling on all parties to stop this war on children. The Syrian conflict must not be allowed to set the precedent for the violation of fundamental human rights and international laws, designed to protect vulnerable children, to become the new normal,” Khush added.

Save the Children and its partners are currently responding to the needs of families in Syria through distributions of hygiene items, food baskets, transportation out of conflict areas and other items that cover basic needs, aiming to improve the living conditions among the newly displaced populations.