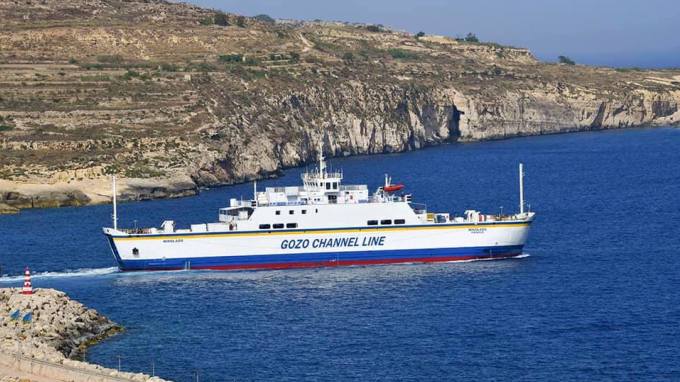 Minister for Gozo Justyne Caruana has announced that the MV Nikolaos vessel is to be in operation up until a tender is awarded for a fourth vessel to permanently join the Gozo Channel fleet.

A press release sent by the Ministry for Gozo explained that according  to the Gozo Channel, 221,099 persons and 61,328 vehicles traveled across the Malta-Gozo channel during the week of the feast of The Assumption of Our Lady. Some 904 unscheduled trips were made in order to satisfy the demand.

The MV Nikolaos flies a Greek flag and was built in 1987. The fourth Gozo Channel Line ferry arrived in Cirkewwa on the 10th June and was introduced as a temporary measure until a new full-time replacement could be found. According to the Minister for Gozo Justyne Caruana, the 160-car capacity vessel ‘Nikolaos’ vessel, was introduced following consultations which began in May 2018.

According to Caruana, Gozo has become a popular tourist destination for anytime during the year. She announced that in the past year, there was a 5 percent increase in passengers and a 15 percent increase in vehicles who crossed the Malta-Gozo channel. This is when compared to the numbers of the previous year.

Caruana added that the Gozo Channel operations have been regular and that the introduction of a fourth vessel facilitated the increase of people visiting Gozo, as long waiting times were cut short.

‘Well-mannered crew’; ‘Disastrous experience’ – What are people saying about Nikolaos?