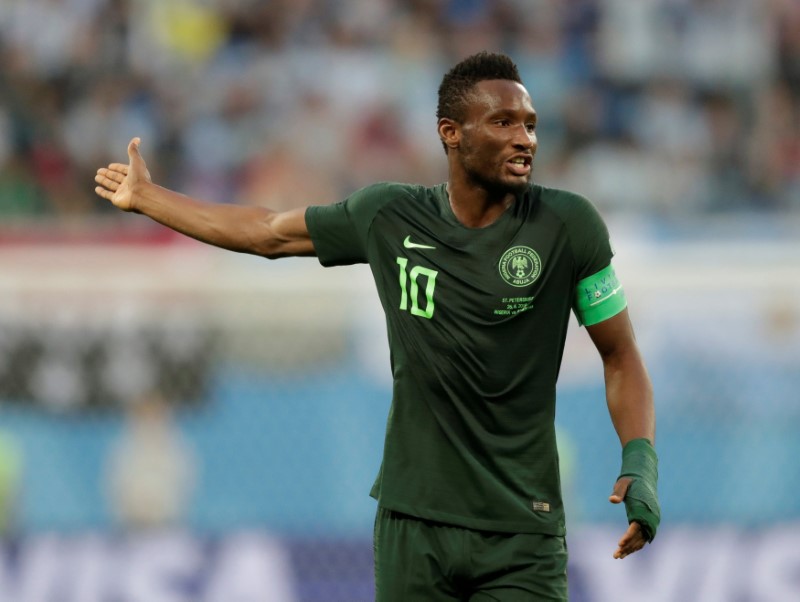 Nigerian police said they have rescued the father of national soccer team captain John Obi Mikel after he was kidnapped for the second time in seven years.

Mikel has been playing in the World Cup in Russia, although Nigeria failed to make it out of the group stage.

Police in the southern state of Enugu said in a statement they had rescued the father, named as Pa Michael Obi, along with his driver unhurt in the Egede-Udi forest at around 2.30 p.m. (1330 GMT) on Monday following a “gun duel”.

“They were rescued hale and hearty,” said the police in the statement, adding that both victims had been reunited with their families.

Kidnapping for ransom is a common problem in parts of Nigeria, particularly in the Niger Delta region, the country’s oil production heartland which neighbours Enugu state.

Mikel told Britain’s Guardian newspaper that he had been told his father had been kidnapped and would be killed if he reported anything just hours before he captained Nigeria in their game against Argentina on June 26.

The police statement said the abductors demanded a ransom of 10 million naira ($32,700).

Police said Mikel’s father and driver had been travelling from the central city of Jos when they were taken from the Markurdi Enugu road.

“Operatives acting on intelligence information swooped on the kidnappers where a gun duel ensued,” police said in the statement, adding that the abductors had abandoned their victims in the forest.

It is the second time Mikel’s father has been abducted. He was kidnapped in 2011 in central Nigeria and later freed, although authorities declined to comment on how he was released.

Mellieħa cross placed back on site